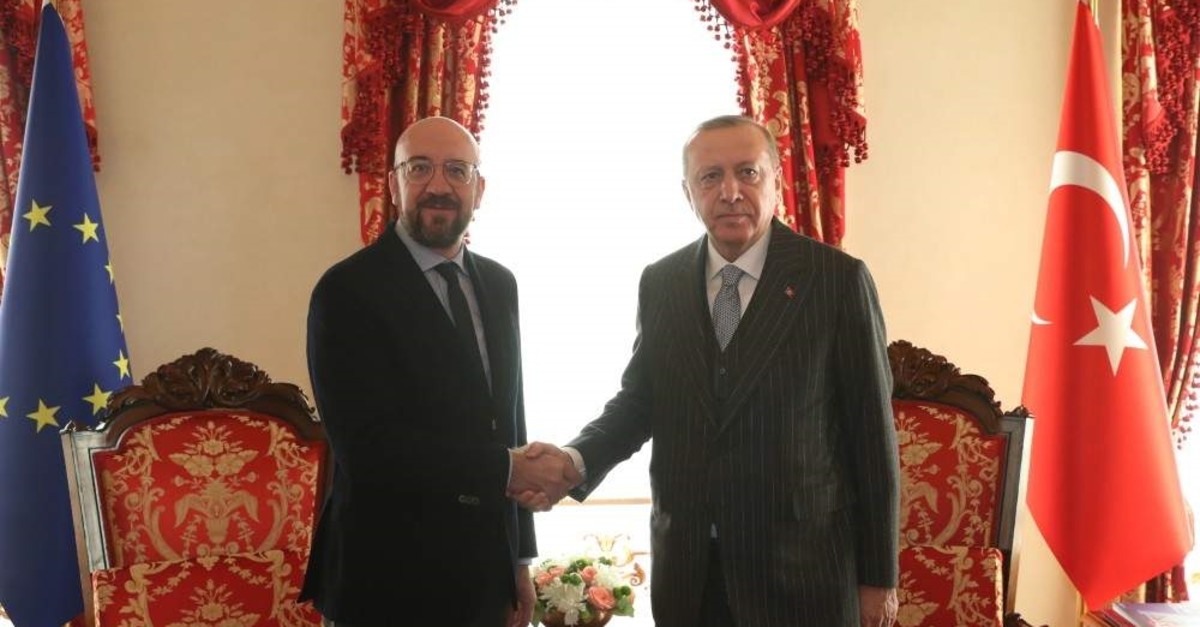 President Recep Tayyip Erdoğan Saturday met with Charles Michel, head of the EU Council in Istanbul, according to diplomatic sources.

Michel arrived in Turkey for talks on reducing tensions in Libya after Ankara began deploying troops there.

President Erdoğan and his Russian counterpart Vladimir Putin called for a cease-fire Wednesday in the conflict-ravaged country.

The closed-door meeting between Erdoğan and Michel was held at the Dolmabahçe Palace and lasted for nearly two hours.

Michel tweeted Saturday that he would meet with Erdoğan "on how #EU and Turkey can work together to de-escalate the situation in the Middle East and in Libya."

Mired in chaos since the NATO-backed uprising that toppled and killed Libyan leader Muammar Gaddafi eight years ago, Libya's military malaise has deepened further this year.

General Khalifa Haftar in April launched an offensive against the Tripoli-based Government of National Accord (GNA) – a military campaign that a U.N. panel of experts says has "unleashed new transfers of military equipment" to Libya.

More than 280 civilians and 2,000 fighters have been killed since the beginning of Haftar's assault on Tripoli, according to the U.N. The fighting has displaced some 146,000 people, with the ongoing violence threatening to plunge Libya into violent chaos to rival the 2011 conflict that led to the ousting and murder of longtime dictator Gadhafi.

After Michel's visit to Istanbul, he is due in Egypt for a meeting late Saturday with Abdel Fattah al-Sisi, who supports Haftar.

His visit to Turkey is his first foreign trip since being appointed EU Council president last month.