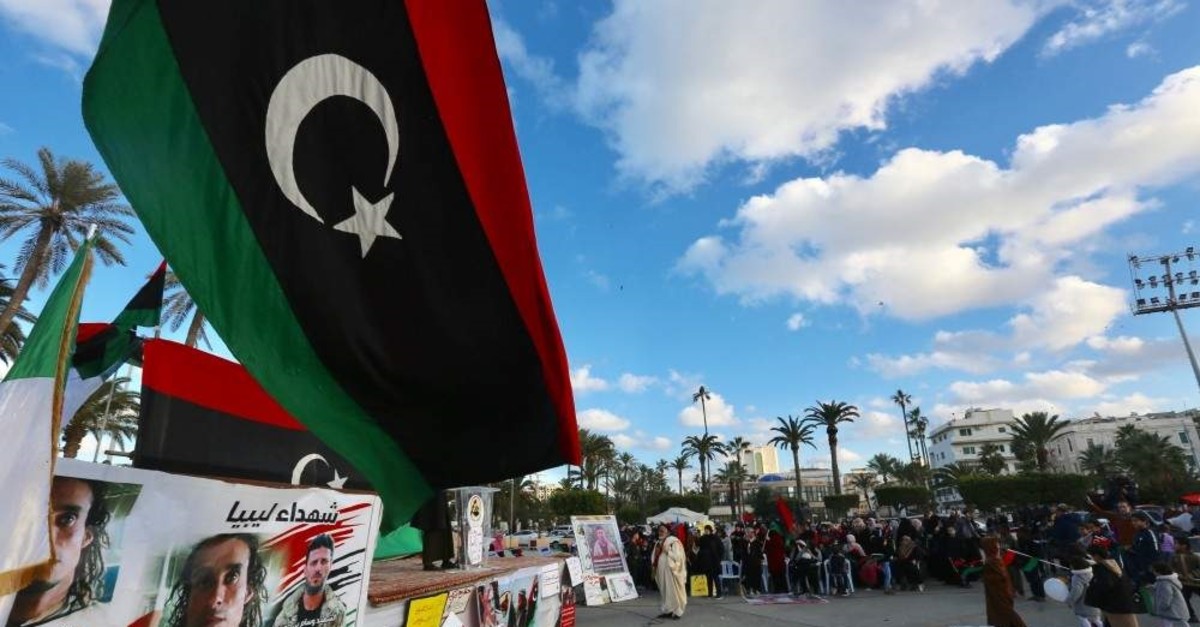 The UAE and Egypt's efforts to destabilize Libya after the Arab Spring continue at top speed. Providing ongoing political support and military aid offered by both countries to Gen. Haftar's illegitimate force, as it aims to take power from the internationally recognized Government of National Accord (GNA), the two countries allegedly played a major role in frustrating attempts at a cease-fire, which was previously regarded as a done deal by Moscow.

According to information Daily Sabah has retrieved from diplomatic sources, UAE and Egyptian intelligence officials forced Haftar to scrap the agreement that was designed to bring about a lasting peace in Libya.

Clashes resumed in parts of the country's capital Tripoli early Tuesday, as renegade commander Khalifa Haftar left Moscow without signing a cease-fire deal drafted at talks on Monday, the Russian Foreign Ministry announced. Haftar has similarly declared his strict opposition to the presence of Turkish troops in Libya, which came after the GNA made a formal request from Turkey in this direction.

The parties came together in Moscow Monday, primarily in order to oversee the establishment of a cease-fire, which was hoped to give way to the resumption of a due political process. Since the Tripoli-based government, supported by Turkey and the U.N., and Haftar failed to compromise, however, all eyes have since turned to the summit on the Libyan crisis which is planned to take place on Sunday in Berlin.

Sources saying that Haftar's move was met with astonishment by Turkey, and even more so Russia, adding that UAE and Egyptian intelligence officers hindered the chances of an agreement being met.

The United Arab Emirates has previously violated the U.N. Arms Embargo against forces loyal to Libyan commander Haftar, as revealed in a U.N. report dating from 2017, which stated that the country had long been providing Haftar with all kinds of military support, fueling the ongoing conflict. The report said that among the aid provided by the UAE, was a MI-24P attack helicopter in April 2015. Investigators had confirmed that one MI-24P helicopter was traced back to Belarus, which confirmed it had delivered four of the aircraft to the UAE in 2014.

The report also said that deliveries of 93 armored personnel carriers and 549 armored and non-armored vehicles were made to the Libyan National Army (LNA) in April 2016 through ports in Saudi Arabia and Egypt. In addition, the report included satellite imagery from the al-Khadim airbase, east of Benghazi, which showed drones that were "most probably" controlled by the UAE. Furthermore, emails from Emirati Ambassador to the U.S. Yousef al-Otaiba were hacked in 2017, revealing the close relationship between Otaiba and the neo-conservative, Washington-based Foundation for the Defense of Democracies (FDD) think-tank, which is funded by pro-Israeli billionaire Sheldon Adelson.
Last Update: Jan 15, 2020 12:28 am