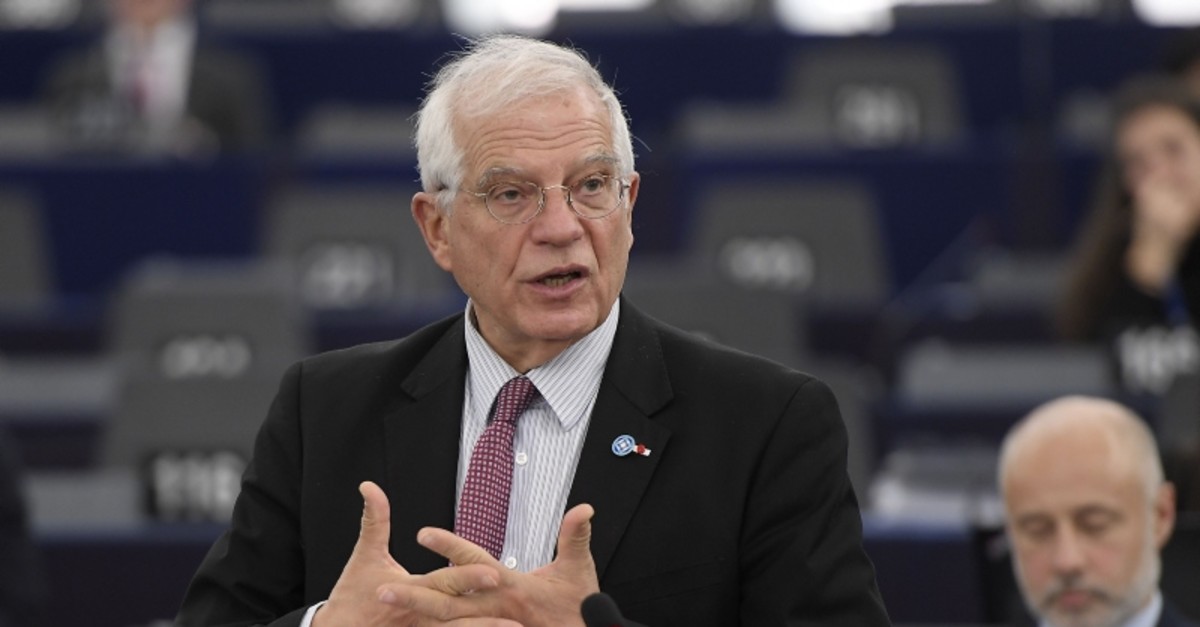 European Union High Representative for Foreign Affairs and Security Policy Josep Borell speaks during a debate at the European Parliament on January 14, 2020 in Strasbourg, eastern France.
by Daily Sabah with AA Jan 17, 2020 2:06 am

"The announcement of a ceasefire in Libya provides an important opportunity to resume dialogue for a political solution to the crisis. It is now to the parties to fully implement it," he added.

"The EU is ready to help Berlin process and efforts of UN. All Libyans deserve peace and prosperity," Borell concluded.