Haftar not in favor of political solution in Libya, FM Çavuşoğlu says 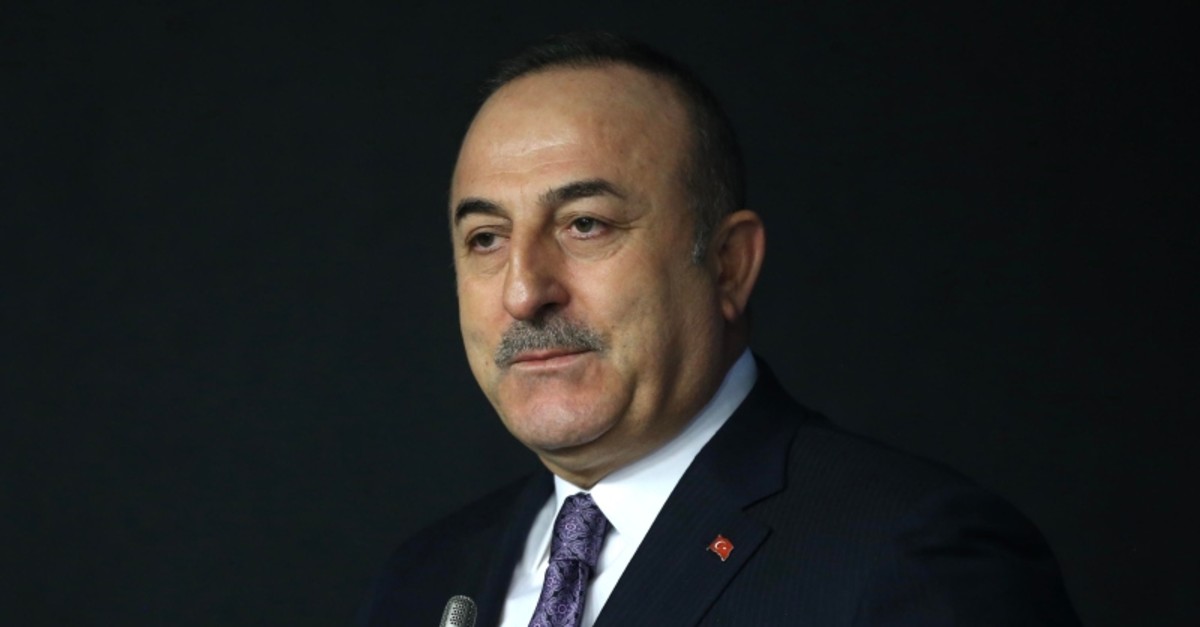 | File Photo
by Daily Sabah Jan 21, 2020 12:30 pm
Putschist Gen. Khalifa Haftar is not in favor of a political solution to the Libya crisis, Foreign Minister Mevlüt Çavuşoğlu said Tuesday, as he highlighted Turkey's determination to preserve peace in the region.

"Haftar did not sign the cease-fire agreement in Moscow despite our efforts. His attitude at the Berlin summit also raised suspicions as to whether he wants a political solution or not in Libya," Çavuşoğlu said in a live interview with Turkish broadcaster NTV on the sidelines of the World Economic Forum in Davos.

Çavuşoğlu continued by saying that Haftar's actions indicate that he's in favor of a military solution and needs to adopt the idea of the political solution instead. He noted that Turkey has been supporting the political process in the country and has been trying to speed it up through a permanent truce.

The foreign minister also criticized Greece for having a narrow viewpoint regarding the developments in Libya, saying that Athens' attitude is based on the Turkey-Libya maritime pact.

"The fact that Greece supports an illegitimate actor in favor of a legitimate government shows that it is on the wrong side," Çavuşoğlu said, adding that their invitation of the renegade warlord is not a "mature" attitude.

Çavuşoğlu noted that Greece needs to adopt an attitude that favors sharing in the Eastern Mediterranean and that its current attitude will not solve problems in the region.

Highlighting the importance of the truce in Syria's Idlib for the preservation of the diplomatic process, Çavuşoğlu said the Bashar Assad regime needs to halt its attacks.

"Our president explained the severity of the issue to Putin with numbers ... He told him frankly that the regime needs to stop its attacks," the foreign minister said, adding that Turkey also made the same call to the global community.

Regarding the civilians fleeing Idlib, Çavuşoğlu said Turkey prefers helping them within the borders of the province by establishing camps, but millions of people will flood to the border if incessant attacks continue.

"We cannot deal with this, neither can the West. The only thing that needs to be done right now is (for the Assad regime) to halt attacks," he added.
Last Update: Jan 21, 2020 3:24 pm
RELATED TOPICS