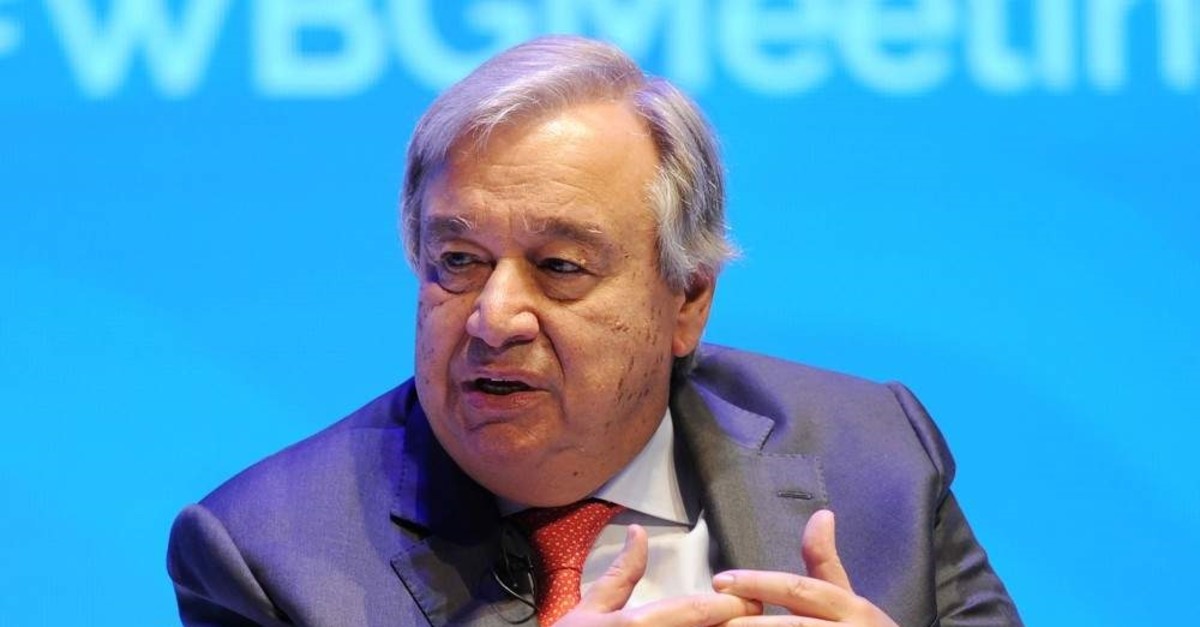 Addressing reporters in New York, Guterres said a summit this past weekend in the German capital Berlin had paved the way for a political deal to end the oil-rich North African nation's damaging conflict.

U.N. Security Council members met behind closed doors Tuesday to discuss Libya after world leaders met in Berlin on Sunday to pledge to support a peace process and to halt weapons supplies to Libyan armed groups.

The leaders included statesmen from the U.S., Britain, France, Italy, Turkey, the United Arab Emirates, Egypt, Russia, Algeria, China and the Republic of Congo. They agreed to a truce, to stop sending arms to Libya and to work toward a peace deal.

Also present in Berlin was the head of Tripoli's internationally recognized Government of National Accord (GNA), Fayez al-Sarraj, and his rival, putschist Gen. Khalifa Haftar.

Speaking at the U.N. headquarters Tuesday, Guterres urged Haftar and Sarraj to deliver on expectations.

"My message is: Accept fully the conclusions of the Berlin summit and assume that the leadership in a situation like this is a leadership for peace, is a leadership for a united Libya able to be ruled by Libyans in peace, in security and cooperating with its neighbors in a positive way," he said.

The U.N. talks marked the latest bid to restore stability and peace to Libya, which has been splintered between rival factions and militias since former strongman Moammar Gadhafi was overthrown and killed during a NATO-backed uprising in 2011.

The divided country has two rival administrations: the U.N.-recognized GNA and another allied with Haftar in the eastern city of Tobruk.
RELATED TOPICS