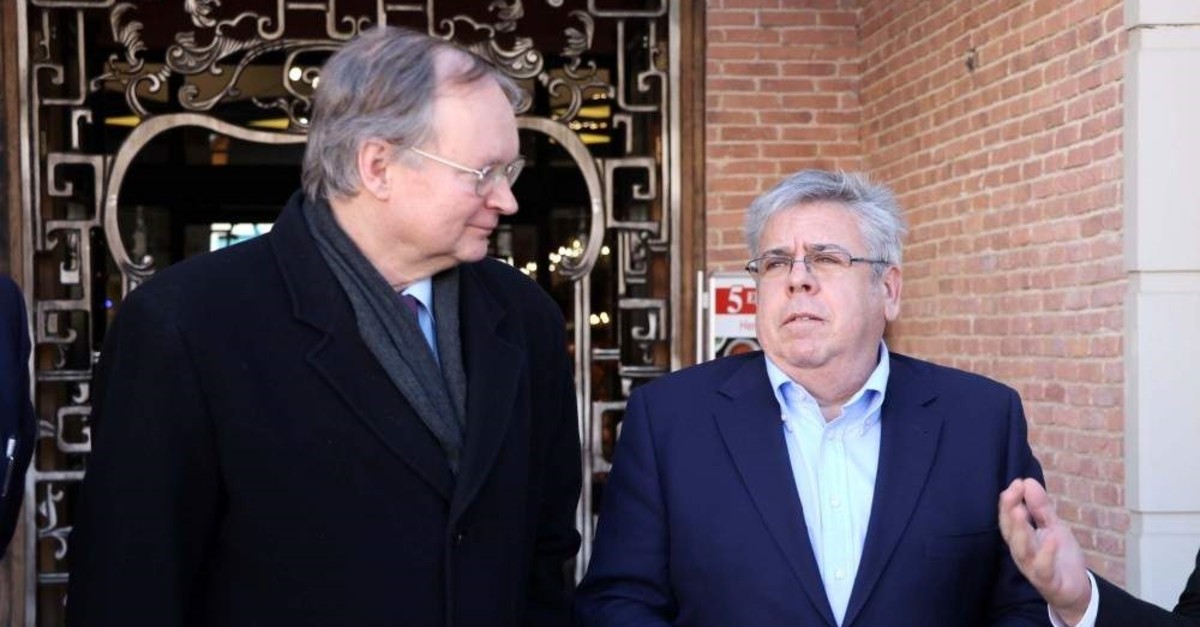 Amor lauded the municipality's migrant policies during a meeting with the head of the European Union delegation to Turkey, Christian Berger.

Amor suggested that the EU could enhance ties with local administrators and mayors to further improve relations.

Although Istanbul is a major hub for migrants, almost half of Turkey's Syrian refugee population live in cities near the Syrian border, with Gaziantep alone estimated to host at least 500,000 Syrian refugees.

Both the United Nations and the EU have acknowledged the city's role as an example of effective of management of the refugee crisis.

Gaziantep Mayor Fatma Şahin, says the city has a human-oriented approach to refugees that aims to include them in the social and economic life. Some of the most successful projects led by the Gaziantep Metropolitan Municipality include establishing a school for Syrian students, employment opportunities for refugees, vocational training, language courses and effective urban waste management.

The newly appointed rapporteur said he would hold talks with non-governmental organizations and a Syrian refugee family in Gaziantep. He is also expected to hold a meeting with Justice Minister Abdülhamit Gül on Thursday.

His visit coincides with a recent statement by Foreign Minister Mevlüt Çavuşoğlu, who criticized the European bloc for failing to fulfill its pledges under a deal signed in 2015.

Turkey is the largest host country of Syrian refugees and provides protection to more than 3.5 million people who have fled the conflict in Syria. Around 1.7 million refugees, including 500,000 children, benefit from 95 EU-funded projects in the country. However, Turkish officials have consistently urged the international community to do more for the refugees and share the burden.

In March 2016, Turkey and the EU signed an agreement aimed at reducing the number of illegal migrants embarking along the dangerous Aegean Sea route to Europe and to find a solution for the influx of refugees heading to the EU. Turkey took responsibility for discouraging irregular migration by taking stricter measures against human traffickers and improving the conditions of Syrian refugees living in Turkey.

While the EU pledged to give out 6 billion euros to finance projects for Syrian refugees as part of the deal, less than 3 billion euros have been disbursed so far, according to Çavuşoğlu. The bloc is expected to pay the full amount by 2025 at the latest.

The deal also provided for visa-free travel for Turkish citizens visiting the EU, as well as an update of the customs union.
Last Update: Jan 23, 2020 6:06 pm
RELATED TOPICS