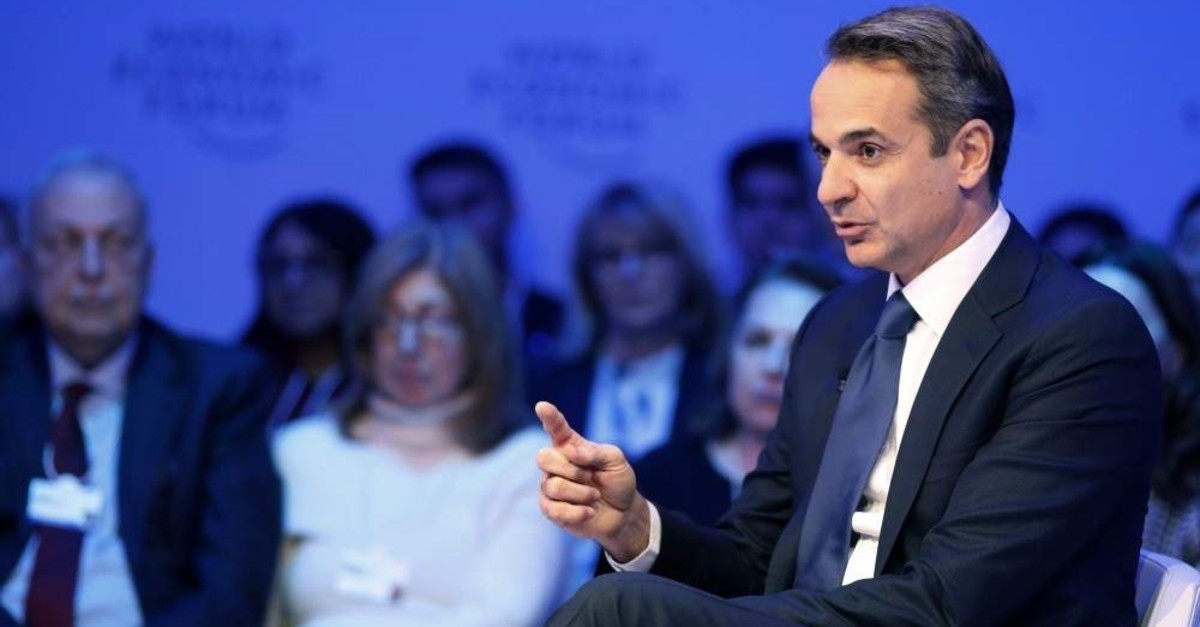 The European Union will not agree to a political solution to Libya's factional conflict unless Turkey and Libya abandon the maritime accord they signed in November, Greek Prime Minister Kyriako Mitsotakis said on Thursday, speaking at a conference panel at the World Economic Forum's annual meeting in Davos, Switzerland.

"I have made it very clear to everyone concerned that there is not going to be a political solution in Libya to which the EU will have to agree, and will agree on, unless these agreements are scrapped," Mitsotakis added.

On Nov. 27, Turkey and Libya's Tripoli-based Government of National Accord (GNA) signed a bilateral memorandum after a meeting between President Recep Tayyip Erdoğan and GNA head Fayez al-Sarraj in Istanbul. The deal enables Turkey to secure its rights in the Mediterranean while preventing any fait accompli maneuvers by other regional states.

The EU also opposes Turkey's and Libya's maritime deal. European Council President Charles Michel said this month he told al-Sarraj that the agreement "infringed upon the sovereign rights of third states and does not comply with the [U.N.] Law of the Sea."

Since the ousting of late ruler Moammar Gaddafi in 2011, two seats of power have emerged in Libya: Haftar in eastern Libya, supported mainly by Egypt and the United Arab Emirates, and the GNA in Tripoli, which enjoys U.N. and international recognition.

Libya's internationally recognized prime minister, al-Sarraj, said this week that his country will face a "catastrophic situation" unless foreign powers put pressure on eastern-based putschist Gen. Khalifa Haftar to lift a blockade of oilfields that have cut output to almost zero.

The stakes are high – lawlessness in Libya has in recent years disrupted the OPEC member's oil output, fueled migrant smuggling to Europe and given space to extremist groups.
RELATED TOPICS