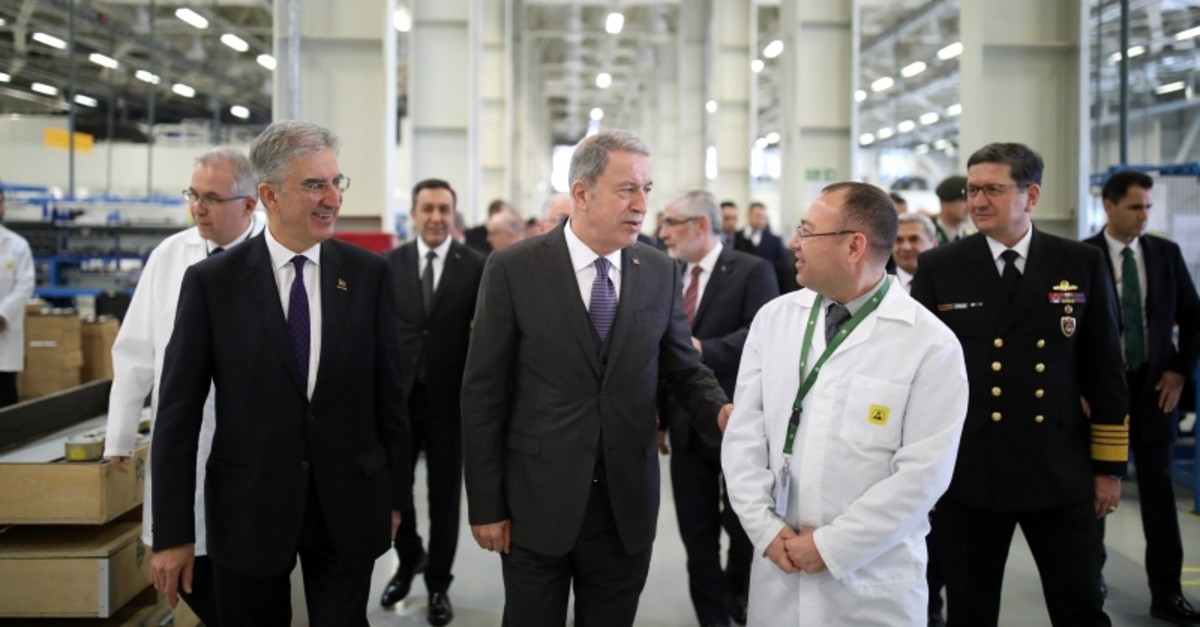 "We expect Greece to abide by international law and agreements and act in line with good neighborly relations," Akar said.

Akar noted that the issue of Cyprus is a matter of national concern for Turkey and that the country will continue to strive to protect the rights of Turkish Cypriots.

"We have done whatever was necessary (in Cyprus) until today and will continue to do so," he said, adding that no projects in the Eastern Mediterranean or Cyprus will be viable if they do not include Turkey.

However, Greece argues that the 1936 Montreux Convention on Turkish Straits should be applied regarding the issue, while Ankara says Greece's obligation to disarm the islands remains unchanged under the Montreux Convention as well since there is no provision that is different from the Treaty of Lausanne on the issue.

The re-arming of the demilitarized Aegean islands has always been a hot debate between the two countries, especially after the 1960s when relations between Ankara and Athens turned sour over the Cyprus question and extended Greek claims over Aegean airspace and territorial waters. Turkey's first reaction to Greece's arming of the islands in the Aegean was a diplomatic note given to Athens on June 29, 1964.
He noted that Turkey's efforts and military progress have enabled the country to become a leader in the international community.

Touching upon the latest developments in northern Syria, Akar said that the Assad regime continues to attack residential areas, hospitals and schools in violation of the cease-fire deal.

"Thousands of people in Idlib are fleeing toward areas cleared in Olive Branch and Euphrates Shield operations to save their lives from intense airstrikes in Idlib," Akar said.

The defense minister highlighted that Turkey is in favor of stability, peace, protection of rights and justice in the region, and is determined to protect its own rights and interests.

Regarding the agreement with Libya, Akar said the agreement has been on the agenda for almost a decade and is not new. He criticized Greece for wanting to have the final say on everything in the region.

"Greece wants everything to happen the way they want them to be but there are rules, regulations and international law. Not everything will happen as you wish," Akar said.

He also said that Turkey's team of military trainers and advisers in Libya will continue to provide support.

Turkey's Parliament passed a motion allowing for the deployment of troops to Libya for one year in order to respond to threats from illegitimate armed groups and other terror groups working against both countries' national interests.

Turkey's move comes after the Tripoli-based Government of National Accord made a formal request for military support.