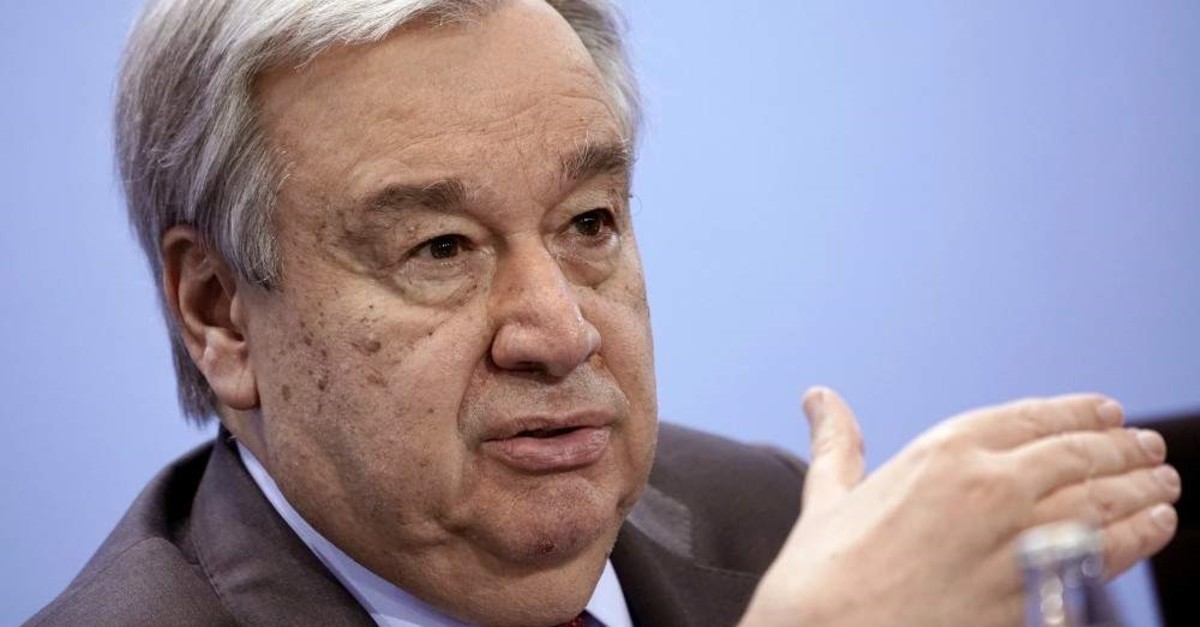 U.N. Secretary-General Antonio Guterres called for a global "pushback against the pushback" on ensuring human rights by issuing "a very strong appeal" on Wednesday to come up with a political solution to Syria's nearly nine-year conflict.

Speaking on the matter at the start of the U.N.'s 75th anniversary year, Guterres expressed his deep concerns about the decline of respect for human rights. "There is indeed a pushback in relation to human rights. I think the pushback that we need is a pushback against the pushback," said Guterres in his statement.

He emphasized the growing conflicts and terrorist attacks by stating that war and persecution are forcing more people to flee their homes than at any time since World War II.

Touching upon the Syrian Constitutional Committee, Guterres stressed that the first step towards ending the conflict is moving forward the work of the committee to draft a new constitution. The committee's second meeting ended in failure due to Assad regime's walkout during talks.

The secretary-general, responding to a Syrian question about support for the country's reconstruction, said: "The truth is that ... in the absence of a more clear visibility of a political process, many donors and probably the most important donors, be it in the Gulf, be it in the Western part of the world, will be very reluctant to support a true reconstruction process."

Pointing out the significance of normalizing Syria's relations with the international community Guterres said, "So I think we need to work together to make the political process move forward."

Several measures were taken in order to end the conflict in Syria, but so far none have been successful in ending the Syrian Civil War.

The most recent attempt, the Syrian Constitutional Committee, which was seen as a historic step toward peace in Syria and has received support from the international community, is to be made of 150 members, with 50 regime delegates, 50 opposition members and 50 civil society members chosen by the U.N. envoy to Syria. The launch of a process for a new constitution and the formation of the committee started at a conference in Russia in January 2018. However the parties failed to reach an agreement due to Syria's refusal to continue on the first day of the second round of talks.