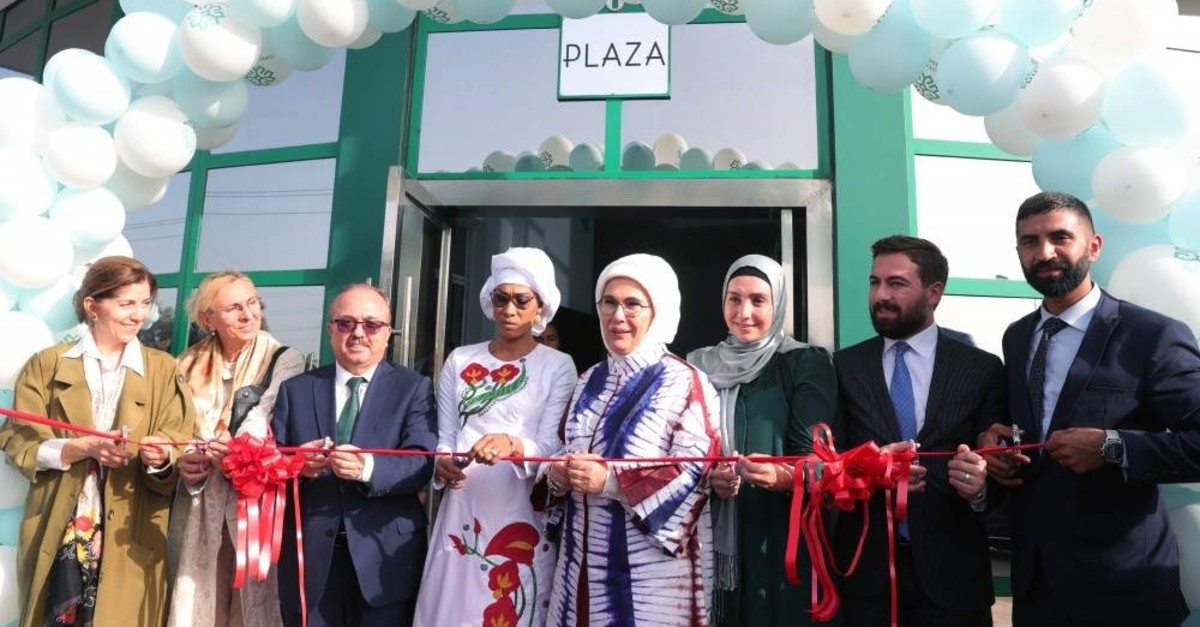 First lady Emine Erdou011fan and Gambian first lady Fatoumatta Bah-Barrow inaugurate a restored school in Gambia. (AA Photo)
by Anadolu Agency Jan 27, 2020 11:55 pm
First lady Emine Erdoğan on Monday inaugurated a refurbished village mosque and a school in the West African nation of Gambia.
Accompanying President Recep Tayyip Erdoğan during his visit to Gambia, Emine Erdoğan opened the Kembujae Madina village mosque and the Omar bin Khattab school, restored and equipped by the Turkish Cooperation and Coordination Agency (TIKA), Turkey's state development aid agency.
Speaking at an inauguration ceremony, Erdoğan said mutual visits between Turkey and Gambia will strengthen their bilateral friendship.
Investments in youth and education are the most beneficial, she said, adding that the school, which will provide education in both English and Arabic, will provide hope for the future of many Gambian children.
Turkey has long been a friend of the peoples of Africa, she said, adding: "The 21st century can be very different for Africa. The first step toward this is education."
Africa can rebuild itself with its natural wealth, cultural background and unique people, she said.
TIKA was established in 1992 as a government-run agency responsible for implementing Turkey's overseas developmental cooperation policies.
RELATED TOPICS