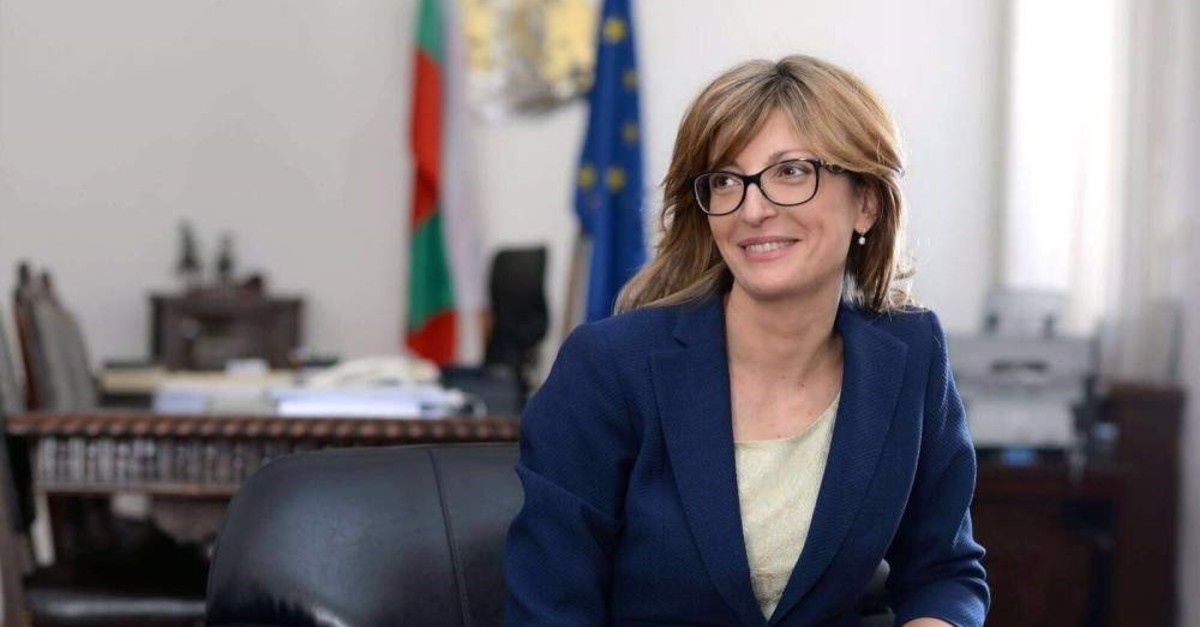 "Turkey has demonstrated tremendous responsibility and solidarity," Zaharieva told Anadolu Agency (AA) Thursday, adding that the migrant flow has decreased to zero as a result of cooperation along the Turkey-Bulgaria border.

Expressing Bulgaria's appreciation about the effective work of the Trilateral Police and Customs Cooperation Contact Center in the Kapitan Andreevo region near the Bulgaria-Turkey-Greece border, Zaharieva said the center has allowed countries to take immediate action on illegal border crossings.

"Precautions have been taken on thousands of incidents involving illegal border crossings in 2019," she said.

Turkey has been the main destination for refugees trying to cross into Europe, especially since the beginning of the Syrian civil war in 2011. Every year, hundreds of thousands of migrants flee civil conflict or economic hardship in their home countries with the hope of reaching Europe. Some migrants are able to make the dangerous journey over land or sea with the assistance of smugglers, who often abandon them, especially during sea journeys, after receiving thousands of dollars from each migrant. Others are stopped by Turkish security forces before crossing the border into Europe.

Highlighting strong, persistent and growing relations between the two countries, the Bulgarian foreign minister noted that their ties are based on good neighborly relations and mutual respect. "All issues will be discussed during (Çavuşoğlu's) visit," Zaharieva told AA, adding that active political dialogue will have a positive impact on trade and economic ties, bringing stability, security and prosperity for the people of the two countries.

"The busy traffic on our border gates is an indicator of strong trade and economic relations between the two countries," Zahareiva said, adding that they are striving to facilitate crossing procedures.

Zaharieva also noted that the interior ministers of both countries are planning to hold bilateral meetings, although she did not specify a date.

The Bulgarian foreign minister also said she does not agree with the idea that the concept of "Western Balkans" specified by the EU excludes Turkey.

"I am pleased about having a joint view with Turkey and the country's support for the integration of Western Balkans in the European Union," she said, adding that Bulgaria is ready to share its experience in EU integration with all countries, including Turkey.