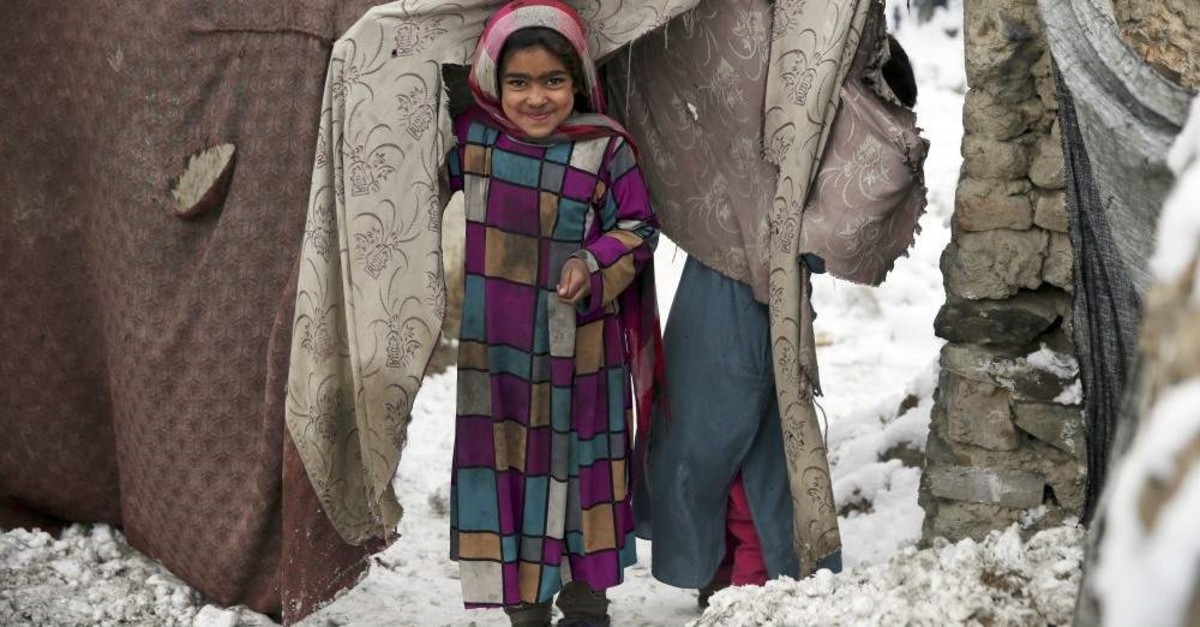 The Taliban and leading political groups in Afghanistan have agreed in principle to hold intra-Afghan peace talks at a neutral venue, preferably in Turkey, according to the Mujahedeen leader of the country.

Speaking to Anadolu Agency (AA) in an exclusive interview, Gulbuddin Hekmatyar, a veteran, presidential candidate and head of the Hezb-e-Islami party said that they want Turkey to host talks between the Taliban and Afghan political groups.

"We have shared this idea with (former Afghan President Hamid) Karzai. He agreed. I see no political party opposing it," Hekmatyar stated.

The Mujahedeen leader underlined that the other options such as Germany, who offered to host the talks, are not welcomed because it has been fighting alongside the Americans and the U.K. with the third largest army in Afghanistan.

"However," he added, "we are waiting for the Taliban's formal announcement. They have in principle agreed but are waiting to first sign a deal with the U.S."

Although they are located nearly 3,000 kilometers apart, Afghanistan and Turkey enjoy close ties dating back to the early years of the Republic of Turkey.

Turkey was the first country to open a diplomatic mission in Kabul in 1921, and both Muslim-majority countries maintain deep cultural ties, dating back to the Turkic rule of Afghanistan until the 12th century.

In response to a question regarding foreign intervention in the domestic crisis, particularly the United States' closeness with the Taliban, Hekmatyar said that in ideal conditions, they would advise the Taliban to address the matter among each other without any foreign meddling.

"Anyhow, we welcome the U.S.-Taliban talks if they manage to resolve their internal problems and reach a deal. We believe the U.S. is under pressure on the battlefront, internationally and domestically. Its diplomats and soldiers too are tired of the war," he said, adding that he is agreeing with U.S. President Donald Trump, who called the war in Afghanistan a joke "since they (Americans) achieved no objectives from it apart from the financial losses and losses of lives."

According to Hekmatyar, now, the U.S. seems determined to leave.

"So if they have decided to (pull out) their solders in line with a proper timetable and it is going to be a complete withdrawal of troops, we welcome it. However, if there are ambiguities and an agreement (between the U.S. and the Taliban) which allows some troops to stay, or it is an agreement dictating terms about the future setup in Afghanistan, we would not accept it," he said.

The presidential candidate further emphasized that "if the issue of compensation to the war victims is not addressed in the deal, the issues of some 3 million internally displaced persons, some 6 million refugees, residential homes destroyed in bombings, innocent people imprisoned, injured, all these war losses are not compensated, we would oppose and resist such a deal."

Despite the recent emphasis on the matter to accelerate the process, the peace talks in Afghanistan face gridlock after the warring parties failed to choose a cease-fire and reduction in violence as a way forward.

Sources privy to the developments told AA that the Taliban is reluctant to give up their main leverage, violence, in these talks and are only inclined toward a "reduction in violence'" with little or no explanation of what this would amount to. The Afghan government, however, is standing firm on its demand for an all-out cease-fire ahead of the resumption of a formal peace conference.

In Hekmatyar's opinion, a deal only between the U.S. and the Taliban cannot address the Afghan conflict, and all groups need to sit tighter and promise not to repeat the "deadly" mistakes of the past, not to seek foreign support against each other.

"For the future of Afghanistan, there should be no talks with the outsiders, including the U.S. No foreign country should dictate our foreign policy," he emphasized.

Hekmatyar underlined that the thing that "destroyed" Afghanistan was foreign intervention.

"They have not helped to rebuild it. In the past, it was the Soviet Union, and now it is NATO. The foreign presence has not brought any stability, but we continue to see war, bombings and killings in their presence as well as drug addiction and poverty" he said, adding that this is why they stress that Afghans should agree internally on intra-Afghan talks, a cease-fire and elections.

He expressed his hope for the Taliban to agree with them.

"We expect and hope that they would, as they claim to be fighting for the Afghans, not foreigners, and for Islam. The Taliban has agreed on this with us (privately), for an interim setup (to oversee intra-Afghan talks and elections)," the Mujahedeen leader said.