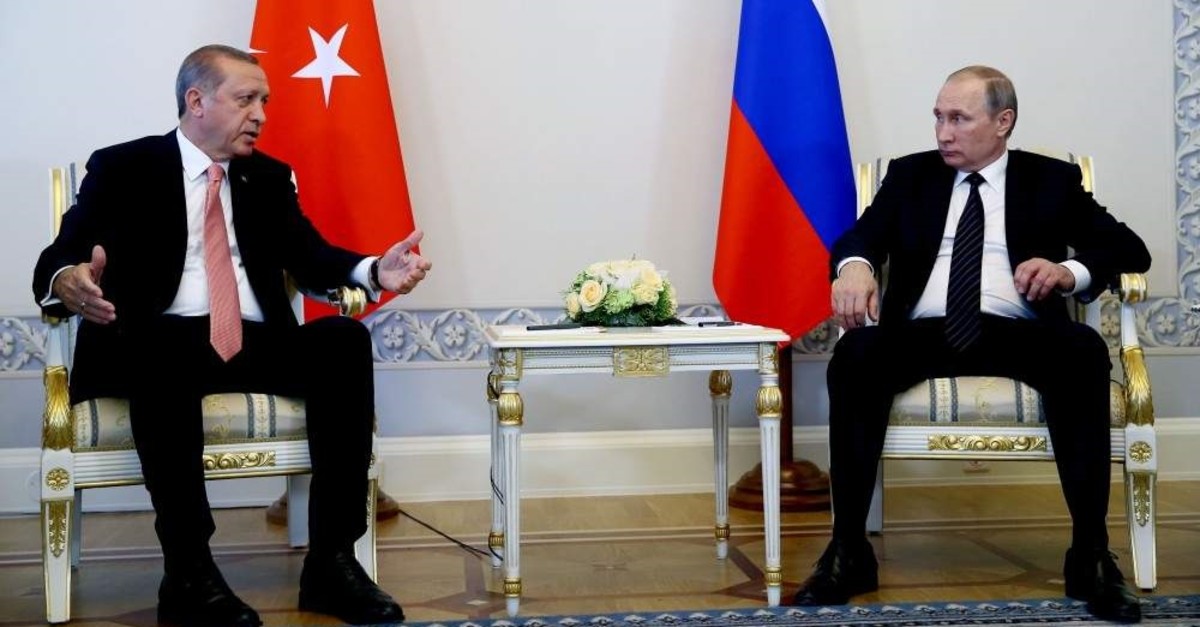 | File Photo
by Daily Sabah Feb 04, 2020 11:26 pm
President Recep Tayyip Erdoğan told his Russian counterpart Vladimir Putin that the Syrian regime's attack against the Turkish military was a blow to joint efforts to bring peace to Syria.
In a phone call Tuesday, Erdoğan also underlined that Turkey would continue to use its legitimate right of self-defense in the harshest way in the case of similar attacks from the forces loyal to Bashar Assad.

The Kremlin said the two presidents had agreed to take immediate measures to improve the coordination of their countries' actions in Syria.

In response to regime attacks, the Turkish military targeted Assad's forces throughout the day Monday. The Turkish Armed Forces (TSK) also established temporary military bases and observation points in four different locations in Saraqib, which serves as the crossing point across the M4 and M5 highways.

Throughout the night, the TSK continued deploying additional military forces to the region. Most recently, a military convoy of 10 vehicles crossed the border into northwestern Syria. As regime forces were surrounded Saraqib poised to advance closer to Idlib city, the TSK bolstered its security of the key M4 and M5 artery highways. Turkish artillery has been attacking regime targets, with Turkish tanks patrolling the area to prevent any possible threat.