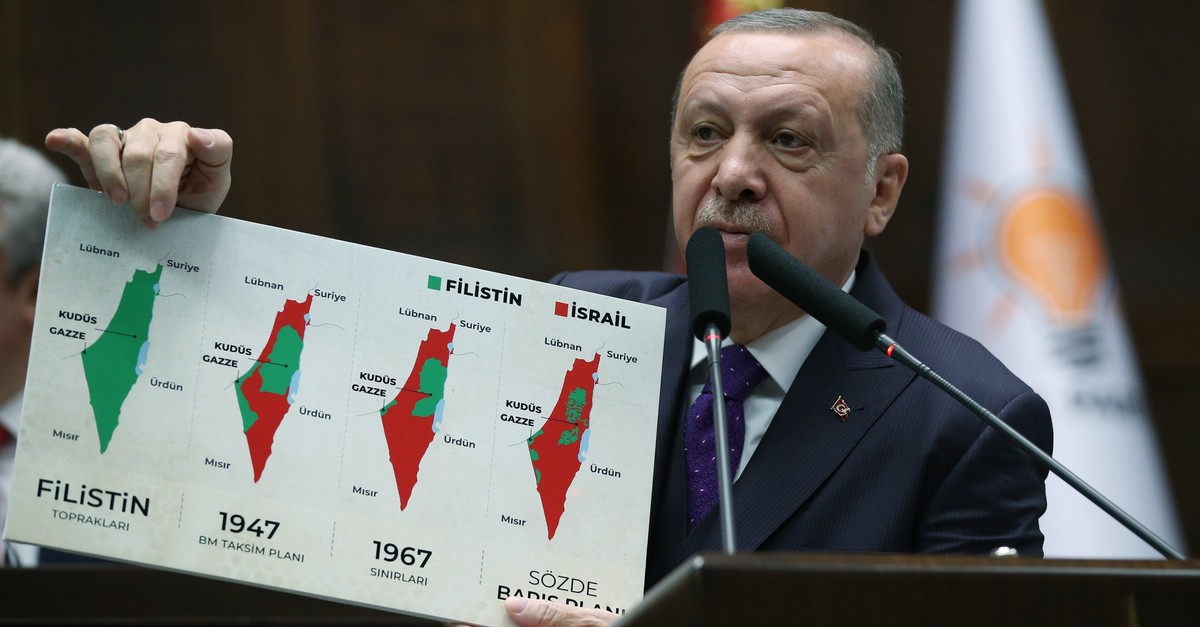 Turkey will do whatever is necessary to protect the rights of Palestinians, President Recep Tayyip Erdoğan said Wednesday.

"The main goal of Trump’s Middle East plan is to legitimize Israel’s relentless policies of occupation, destruction and annexation which have been going on for 70 years," the president stated.

"We will never support a plan that does not include our Palestinian brothers," he added.

By accepting the situation on the ground, the U.S. administration gave Israel what it wanted, as the plan for the Middle East does not contain a fully independent Palestine but a stronger Israel and Gulf against Iran and other threatening elements for the U.S.

The plan deprives Palestinians of nearly everything they had been fighting for: East Jerusalem as their national capital, the removal of Jewish settlements in the occupied West Bank, territorial control over their borders and security that a sovereign state would normally enjoy.

Trump said east Jerusalem would be the capital of Palestine, while Jerusalem would serve as Israel's undivided capital, noting that the al-Aqsa Mosque would be open to Muslims and that Israel would be responsible for ensuring freedom of religion.