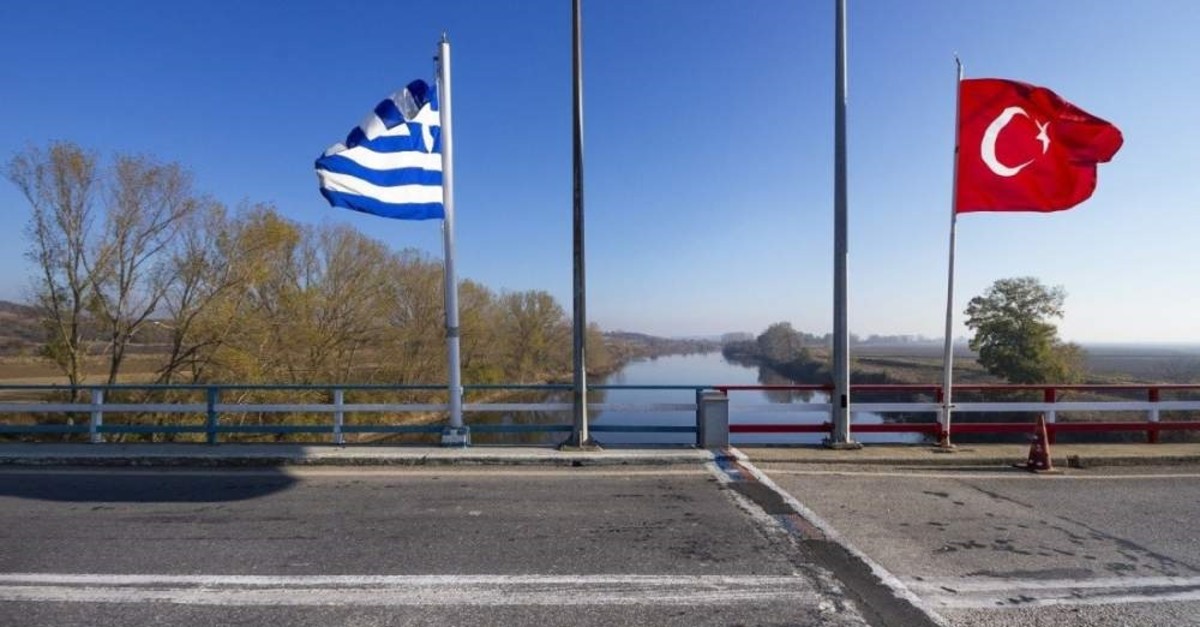 Former Chief of the Hellenic Navy Adm. Antonis Antoniadis has urged Greece to negotiate with Turkey, suggesting it follow a reconciliation process as it would be more beneficial to Greece's national interests.

Turkey–Greece tensions soared after the former signed a maritime deal with Libya. The deal caused a wave of anti-Turkey sentiments, especially in the Greek media. Antoniadis, however, has been an exception with his middle-of-the-road stance, urging Greek authorities to act with common sense rather than confronting Turkey for no reason.

The 74-year-old admiral, who led the country's navy back in 2002-2005, suggested that Greece should consider its options thoroughly and do a cost-and-benefit analysis before making some official claims, especially in the Mediterranean.

"Turkey is a major regional power," Antoniadis has often warned the Greek media, recognizing Turkey's military might, as well as its geostrategic importance. He also acknowledges Turkey's power when it comes to preventing the refugee flow to Europe.

From this perspective, Antoniadis has challenged several official claims made by Greece. For instance, he dismissed Greek claims of 6 nautical miles of territorial waters and 10 miles (19 kilometers) of airspace. Antoniadis said it is absurd to claim different ranges in territorial and nautical spaces.

Antoniadis said Greece, rather than Turkey, is violating international maritime laws by making such claims. He added that Turkey was not the only one to not recognize such claims since the whole world goes against these borders, and there are no other countries with different claims on territorial and nautical spaces.

He also rejected the claim that Turkish aircraft were violating Greek FIR boundaries, giving Greece the right to retaliate. In the former admiral's opinion, however, FIR boundaries are not an area of sovereignty and according to international law, there is no obligation to inform other countries on your own flight plans of military planes, although it is advised to do so.

The strained relations between Greece and Turkey have taken a turn for worse in recent months due to the added burden of migration and an energy exploration race in the Eastern Mediterranean.

Turkey signed a maritime and military cooperation memorandum with Libya's U.N.-recognized Government of National Accord (GNA) in November, carving out energy spheres of influence in the Mediterranean at the expense of Greece.

The deal enabled Turkey to secure its rights in the Mediterranean while preventing any fait accompli by other regional states. The memorandum asserts Turkey's rights in the Eastern Mediterranean in the face of unilateral drilling attempts by the Greek Cypriot administration, clarifying that the Turkish Republic of Northern Cyprus (TRNC) also has rights to area's resources.

Fellow regional actor, Greece, did not welcome the deal and even regarded it a violation of its own rights, though international law deems otherwise. Athens retaliated by expelling the GNA ambassador and by seeking to build ties with putschist Gen. Khalifa Haftar, based in eastern Libya.