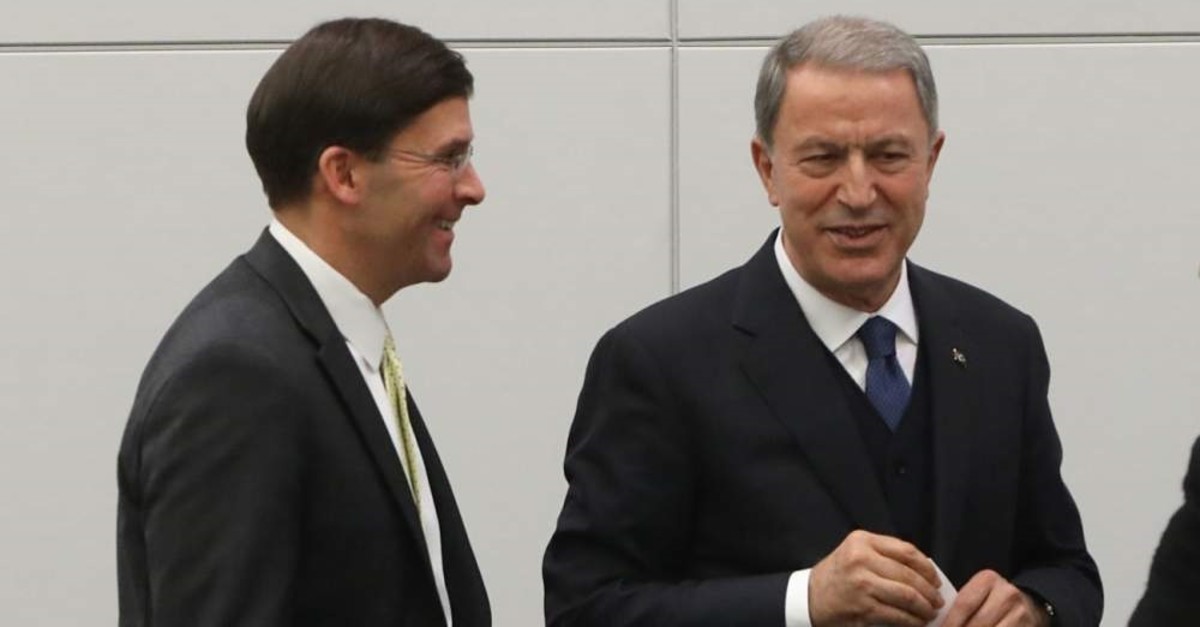 Hulusi Akar and Mark Esper agreed that NATO and the U.S. should take more concrete steps in the region, during the closed-door meeting.

Prior to the main meeting, Akar expressed content with statements by U.S. officials regarding Idlib.

At least five Turkish troops were martyred and five injured in an attack by Assad regime forces in Syria's Idlib earlier this week.

That followed last week's attack by regime forces in Idlib which killed seven Turkish soldiers and one civilian contractor working with the Turkish military. It also injured more than a dozen people.

The Turkish military and the Syrian National Army (SNA) recently launched an operation in Idlib as the number of Turkish casualties rose to 13 in attacks launched by the Bashar Assad regime.

Turkey remains the country with the most refugees in the world, hosting more than 3.7 million migrants since the start of the Syrian civil war.