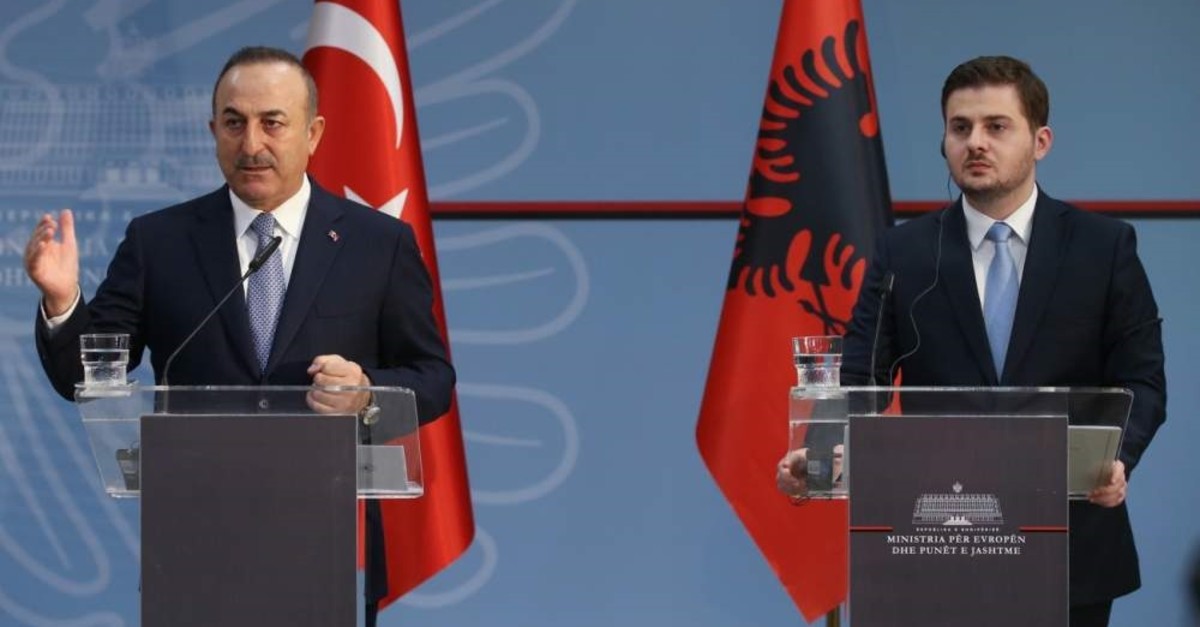 A Turkish delegation will visit Russia soon to discuss the situation in Idlib, a section of northwestern Syria whose cease-fire is under siege, Turkey's top diplomat said Wednesday.

"We continue to work with Russia to ensure that the cease-fire is permanent. But even if there is no result from this process, our determination is obvious. We will do what is needed," said Çavuşoğlu, speaking alongside his Albanian counterpart Gent Cakaj in the capital Tirana.

Attacks by the Assad regime in Idlib over the last two weeks have killed about a dozen Turkish military personnel. Turkey has responded in kind, killing about 200 Assad regime troops, and has vowed that no attack will be left unanswered.

Also stressing the impact the attacks by Assad and Russia have had on local people in Idlib, Çavuşoğlu said: "The U.N. Humanitarian Coordination Office announced that 400 civilians have died since Dec. 1, and 700,000 people fled their homes in the past two months,"

Half of these people are children, struggling to survive under difficult conditions in the middle of winter, he added.

The Sochi agreement between Turkey and Russia on Idlib is still in effect, he added, despite a number of flaws.

There are Turkish troops in Idlib as part of an anti-terror and peace mission. Turkey has recently sent additional troops and tanks to bolster its military presence in northwestern Syria, where Assad's forces have been advancing in a devastating, Russian-backed offensive that has sparked a massive exodus of people.

With backing from Russia, Syrian regime troops have been on the offensive for weeks in Idlib and parts of Aleppo, triggering a humanitarian crisis with some 700,000 people fleeing their homes and surging north toward the Turkish border.

Syrian regime forces came closer to capturing the last opposition-held part of a strategic highway linking southern and northern Syria, which would bring the road under Assad's full control for the first time since 2012.

No safe haven in Albania for FETÖ

When asked about members of the Gülenist Terror Group (FETÖ) – the group behind the 2016 defeated coup in Turkey – in Albania, Çavuşoğlu said that there are hundreds of them seeking asylum.

"We do not want Albania to be a safe haven for FETÖ members," he added.

"We see people who took a part in a coup attempt in Turkey trying to seek asylum in Albania and other countries. Their presence is a risk, especially for Albania's future, security and stability."

Praising the steps Albania has taken against FETÖ so far, he said that it must take more steps in the future.

Addressing the opening ceremony, Çavuşoğlu said the center will do in-depth work on Balkan history, literature, culture and politics.