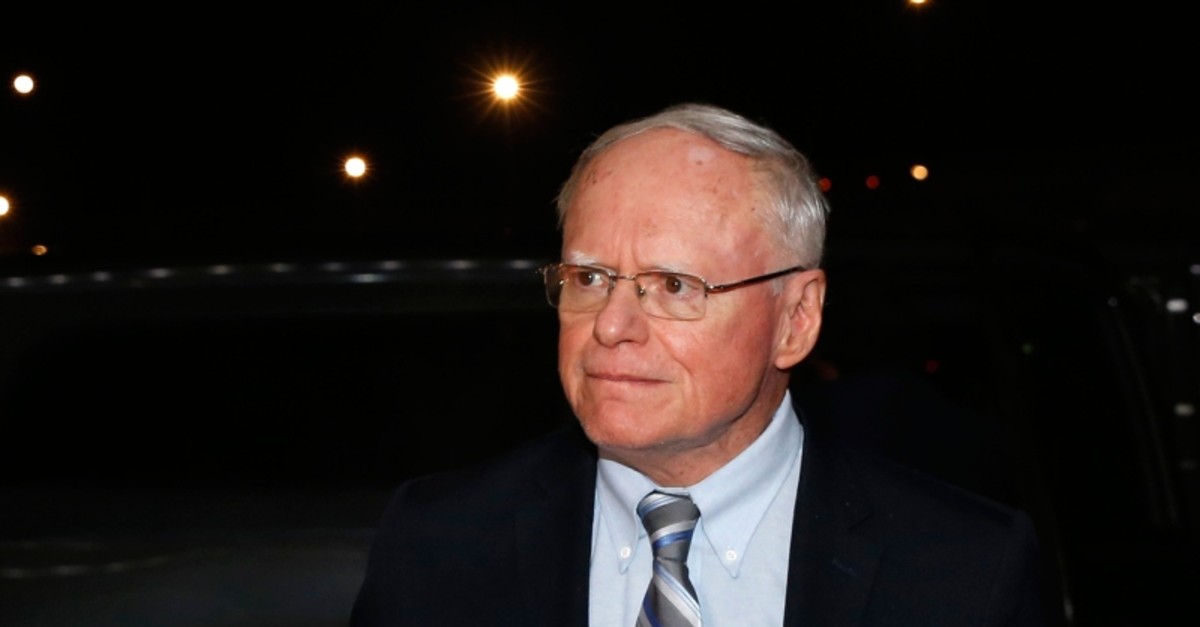 Turkish soldiers that are currently stationed in Idlib have the right to defend themselves, he said, pointing out that the U.S.' attitude in Syria is not contradictory. He claimed that the PKK-affiliated YPG withdrew from the area of Turkey's cross-border Operation Peace Spring.

Jeffrey said that Turkey and the U.S. have a common geostrategic goal in Syria and Libya, where close coordination and the sharing of information is essential.

Regarding the refugee crisis and the looming risk of millions trying to flee from Syria, he said that Turkey could not be expected to fight this humanitarian disaster alone, stressing that Russia and the Assad regime have created chaos in Syria.

Previously, Jeffrey met with presidential spokesman Ibrahim Kalın and discussed the ongoing crisis in Idlib. According to a statement by the presidency they stressed in the meeting that the Assad regime's attacks on Turkish observation posts in Syria were unacceptable while noting that the relevant agreements over the area needed to be upheld to prevent further deterioration of the ongoing humanitarian crisis in the region.

His visit follows two attacks by Assad regime forces on Turkish observation posts in Idlib, which left 14 dead and 45 injured.

But more than 1,800 civilians have been killed in attacks by the regime and Russian forces since that time, flouting both the 2018 cease-fire and a latter agreement on Jan. 12.