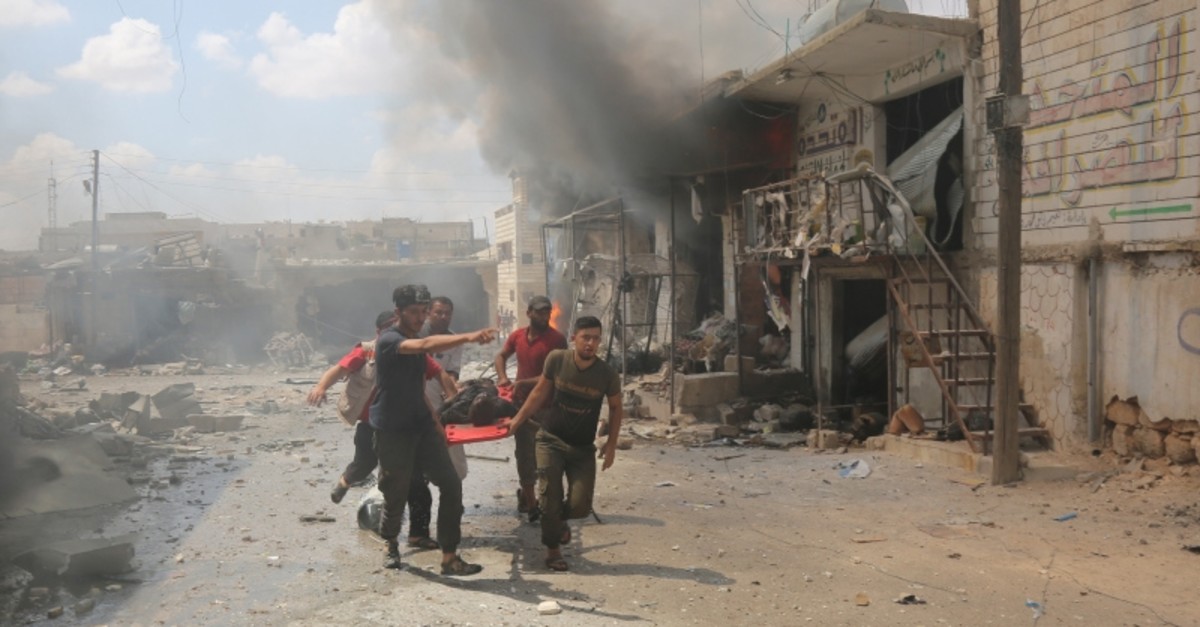 Syrians carry an injured civilian after an Assad regime bombing against Idlib in July 2019 (AA Photo)
by Daily Sabah with Wires Feb 17, 2020 7:34 pm

"Our delegation underlined the need to defuse tensions on the field and to prevent the further worsening of the humanitarian situation," the statement from the Foreign Ministry added.

"All measures to fully implement to Sochi deal and to prevent violations have been discussed."

The ministry added that the talks would continue the next day.

The Sochi agreement was reached on Sept. 17 by President Recep Tayyip Erdoğan and his Russian counterpart Vladimir Putin.

According to the agreement, the cease-fire in the Idlib region would be preserved, with the withdrawal of heavy arms and radicals from the region.

Prior to the agreement, the Assad regime was signaling a huge operation on Idlib, which is the last stronghold of the opposition, sparking deep fears in the international community of a new humanitarian crisis.

Yet, the regime and its supporters have been violating the agreement.

Backed by heavy Russian airstrikes, the regime forces have been fighting since the start of the year to recapture the Aleppo countryside and parts of neighboring Idlib province where anti-Assad insurgents hold their last strongholds.