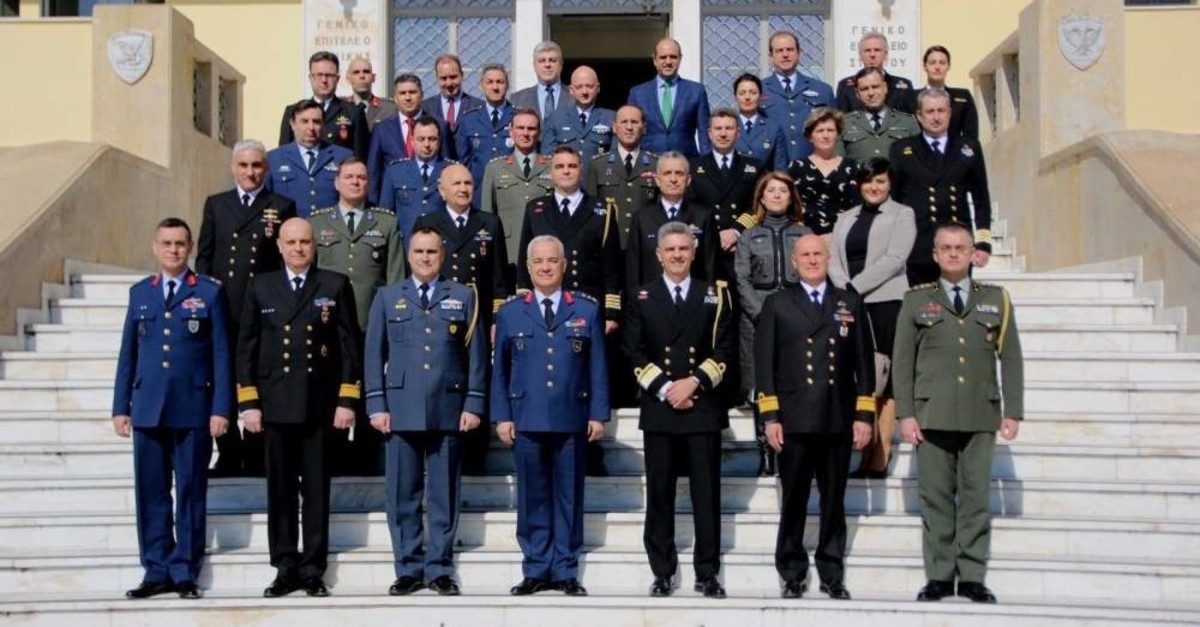 Delegations from the Turkish and Greek Defense Ministries concluded the second day of meetings in Athens to try to resolve their differences, Turkish Foreign Ministry confirmed Tuesday, adding that talks for confidence-building measures will resume.

"The second day of talks in Athens that aim to improve mutual cooperation, especially confidence-building measures, was completed," said the ministry on Twitter.

"The talks will continue tomorrow (Wednesday)," it added.

The traditionally strained relations between neighboring Turkey and Greece have taken a turn for the worse in recent months due to the added burden of migration and an energy exploration race in the Eastern Mediterranean.

Turkey signed two maritime and military cooperation memoranda with Libya's U.N.-recognized Government of National Accord (GNA) in November, carving out energy blocks of influence in the Mediterranean, at the expense of Greece.

The deal enabled Turkey to secure its rights in the Mediterranean while preventing any fait accompli by other regional states. The memorandum asserts Turkey's rights in the Eastern Mediterranean in the face of unilateral drilling attempts by the Greek Cypriot administration, clarifying that the Turkish Republic of Northern Cyprus (TRNC) also has rights to the area's resources.

Fellow regional actor, Greece, did not welcome the deal and even regarded it a violation of its own rights, though international law deems otherwise. Athens retaliated by expelling the GNA ambassador and by seeking to build ties with putschist Gen. Khalifa Haftar, based in eastern Libya.

Turkish Defense Minister Hulusi Akar and his Greek counterpart Nikos Panagiotopoulos had agreed to hold bilateral confidence-building talks between delegations when they met on the sidelines of a NATO meeting in Brussels last week.