US, UK, Germany call for end to regime attacks on Turkey's observation posts in Syria's Idlib 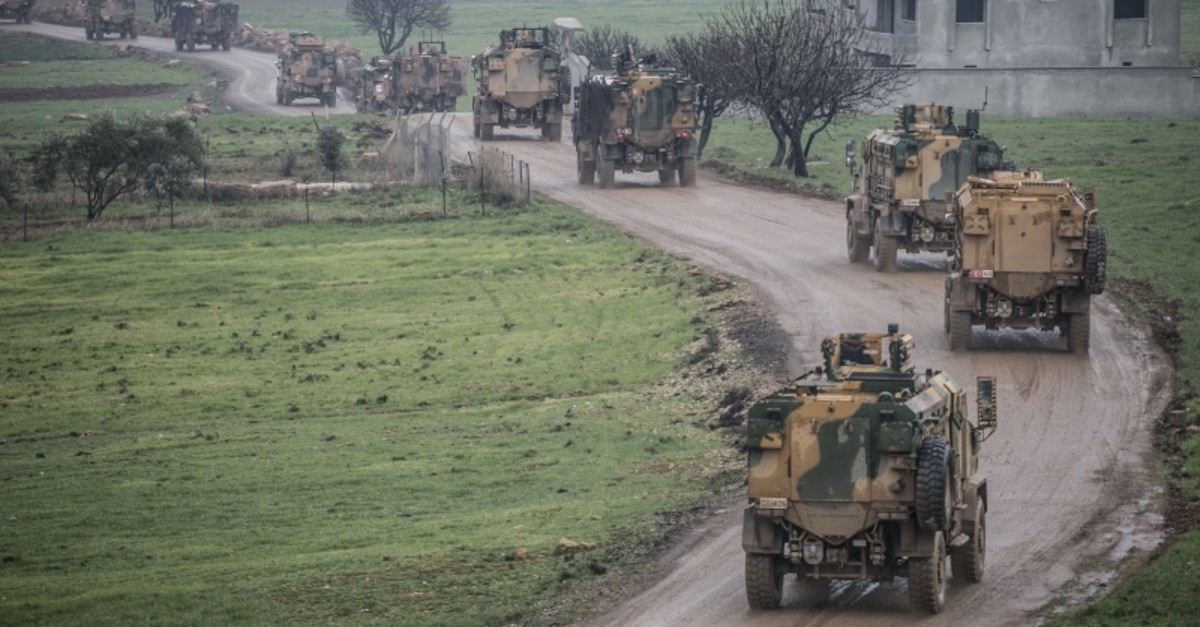 Turkish military vehicles being deployed to one of the observation points in Idlib
by Daily Sabah with AA Feb 19, 2020 7:12 pm

U.S., U.K. and Germany called for an end late Wednesday to regime attacks on Turkey's observation posts in Syria's Idlib at a U.N. meeting in New York.

Turkey’s U.N. envoy said that Ankara will not abandon Idlib observation posts, adding that the Assad regime must withdraw from the region.

Speaking at a U.N. Security Council meeting in New York, Feridun Sinirlioglu said Turkey will continue to respond by all means necessary against any attacks by the Assad regime on Turkish troops.

"We will not withdraw our forces and we will not abandon our observation posts. It is the regime who should withdraw from its current positions until the end of this month," said Sinirlioglu.

He said Turkish security forces are in Idlib to stabilize the situation and to preserve the de-escalation area.

"Our military presence and reinforcements are fully in line with the Sochi Memorandum of September 2018. The only option out of the biggest humanitarian horror story of the twenty-first century is a lasting cease-fire," he said.

He also said Syrians feel abandoned by the world and are awaiting the international community's help in Idlib.

The U.N. recently confirmed that at least 1,700 civilians were killed and nearly 900,000 were displaced from the Idlib de-escalation zone in the nine months of violence perpetrated by Russia and the Assad regime.

As President Recep Tayyip Erdoğan’s deadline given to the regime for withdrawing behind the Sochi deal borders draws near, reports also suggested that a trilateral meeting between Turkey, Russia and Iran could be held in the Iranian capital Tehran on March 5. The date is subject to change according to the developments in Idlib.