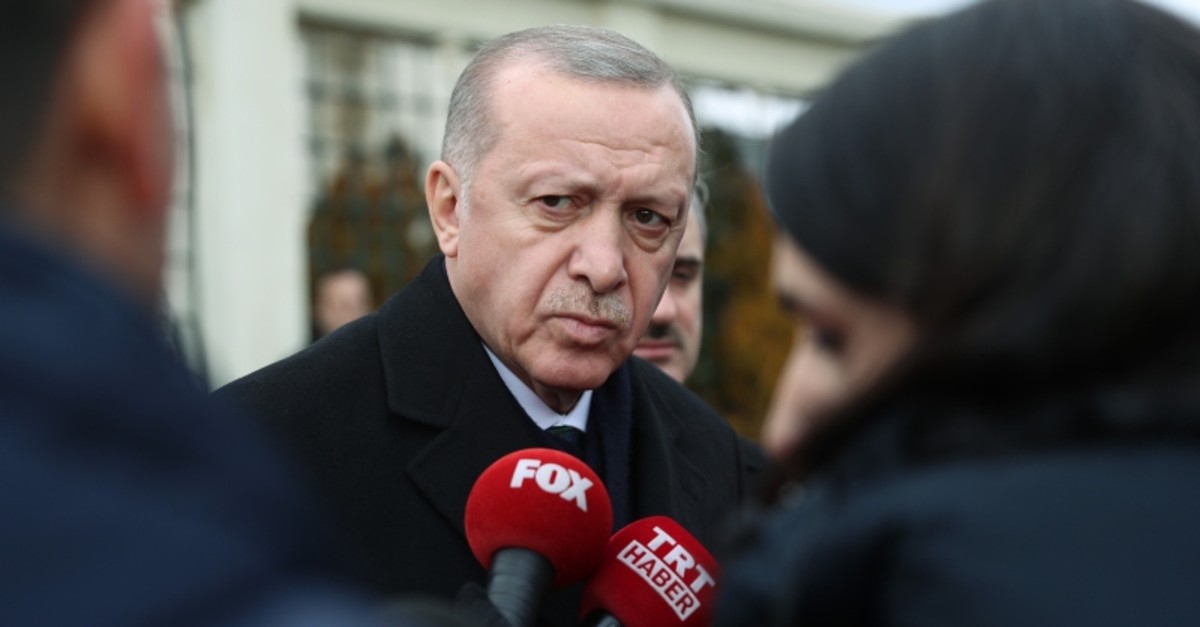 President Recep Tayyip Erdoğan said Friday he will hold a phone call with his Russian counterpart Vladimir Putin to discuss the situation in northwestern Syria's Idlib.

"In this call, we will discuss all developments in Idlib from top to bottom. The result of this conversation tonight will determine our stance there," Erdoğan told reporters in Ankara.

He reiterated that Turkey will not withdraw its forces from Idlib amid ongoing Syrian regime assaults in the region.

According to Erdoğan, 150 regime soldiers, 12 tanks, three armored vehicles and 14 howitzers were destroyed in retaliation to the killing of two Turkish troops Thursday.

The Turkish president also said French President Emmanuel Macron and German Chancellor Angela Merkel have proposed to hold a four-way summit with Russia, but Putin has yet to respond.

Turkey is continuing work to set up housing for Syrian migrants in a 30-35 kilometer (19-22 mile) "safe zone" in Syria, along the border with Turkey, he added.

Earlier on Wednesday, Erdoğan said a Turkish military operation in Idlib to drive back a Russian-backed Bashar Assad regime offensive that has displaced nearly a million people, was a "matter of time" after talks with Moscow had failed to reach a solution.

Tensions in the region escalated after Syrian regime attacks in Idlib killed 12 Turkish troops just across the Turkish border. The soldiers were part of an anti-terror and peace mission.

However, more than 1,800 civilians have since been killed in attacks by the regime and Russian forces, flouting both the 2018 cease-fire and a new one that started Jan. 12.