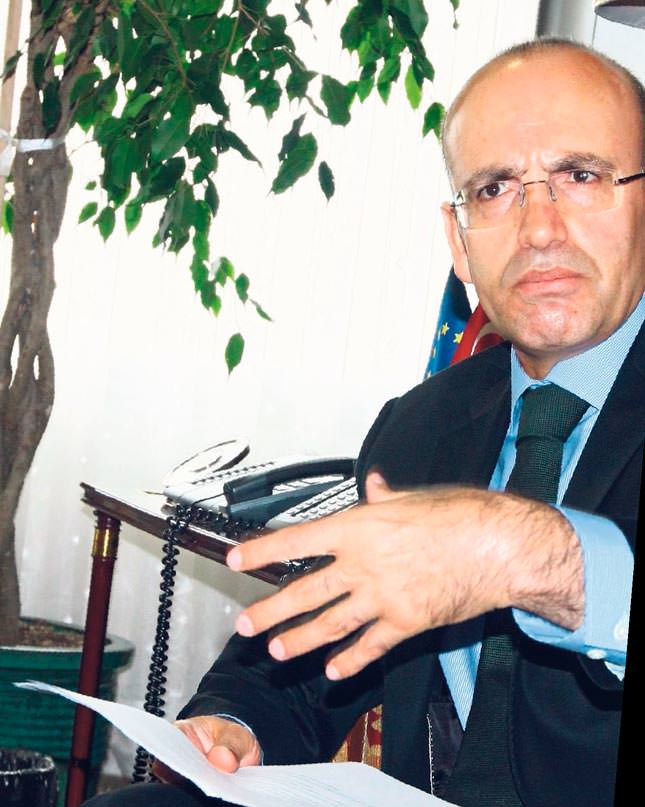 Turkey, a country closely affiliated with the Eurozone, is affected by crises in Europe. As EU countries ease out of recession in 2014, the Turkish economy will inevitably grow larger

Finance Minister Mehmet Simsek said yesterday that the government had set the target for economic growth at four percent this year. "The fact that the EU, our biggest partner, has overcome the recession is one of the incidences that will affect the growth in an upside direction," he said.

Şimşek made the announcement at a convention held by the Association of Turkish Travel Agencies (TÜRSAB) at the Lütfi Kırdar Congress Center. He noted that Turkey's microeconomic growth relies on political stability. He emphasized no plans or programs can be made without such stability.

The minister noted Turkey may have a history of political instability, but the last 11 years have brought stability and security that allowed the economy to grow. The increasing stability also allows for setting longer-term targets. He said that Turkey has achieved a growth of nearly 5.1 percent in the last 11 years and this achievement was gained in a period coinciding with the biggest financial crisis of the last 60 years.

Şimşek also said Turkey remarkably increased its national income and it is among the mediumhigh level of income according to the ranking of World Bank. The government's aim is to reach and go beyond EU standards in this area.

Stressing that there are incidents that may positively or negatively affect this growth, Şimşek added, "Among the factors that could positively affect our growth is the fact that the EU came out of the crisis. Europe was in crisis for four to five years. Despite the serious chaos caused by the Arab Spring in the MENA Region [the Middle East and North Africa], relative stability reigns except for Syria.
Furthermore, the devaluation in the Turkish lira may positively affect our external economic activities principally.
The downside risks are incidents in the election period and the recent days. There is somehow an uncertainty in these matters. This situation pulls down on growth, especially in terms of domestic demand."

He also addressed the change in interest rates and its effects on the economy. "We have taken macro-interim injunctions to bring the current deficit under control," he said. "The reflection of these points to the domestic demand will be negative.
We have entered a term where domestic demand slackens and foreign demand is on the rise. The acceleration will be of a more balanced nature. However, we have raised the downside risks in the growth. In the recent years, Turkey created a highly serious level of employment. 4.8 million have been employed since 2007. This is a record. The growth in employment rates may slow, yet it will be temporary, I suppose. The labor force participation rate in the recent years has been remarkable."

The Minister said inflation is one of the most challenging problems in Turkey. He continued to say that it is a significant achievement to have reduced the inflation rate to single digit levels. He implied that inflation may be diminished even further through structural reformations, adding the few factors that will affect the inflation in the upward direction, including the devaluation of Turkish lira and food prices.

"Turkey is growing below its potential now, which creates an unutilized capacity. The central bank is increasing the interests and the monetary tightening, which will affect the inflation in the downward direction. Our macro-interim injunctions will also have an effect," he contended. "The forecasts have been a little higher compared to the targets in the area of inflation. However, a downward movement can be observed again. "A serious tightening was applied in the monetary policy in this term to forestall the devaluation of the lira and get the current deficit under control. These attempts will surely have some effects.
The purpose of our macro interim injunctions is to control the current deficit, to enable savings and to firmly support the investmentand- production-oriented attempts. If we can increase the savings, the growth will be led again in a powerful way."

Şimşek reminded his audience that Turkey was always talking about assistance from the International Monetary Fund (IMF) and the EU in the past. "In this term, financial discipline is being discussed. The strongest anchor point of Turkey is its budget balances. We have reduced the budget deficits to nearly one percent in the recent years. Turkey has firmly diminished the public debt stock. Both real and nominal interests have been drastically diminished as a reflection of the budget discipline," said the minister.