ECB Chief: No risk of deflation but will still remain vigilant 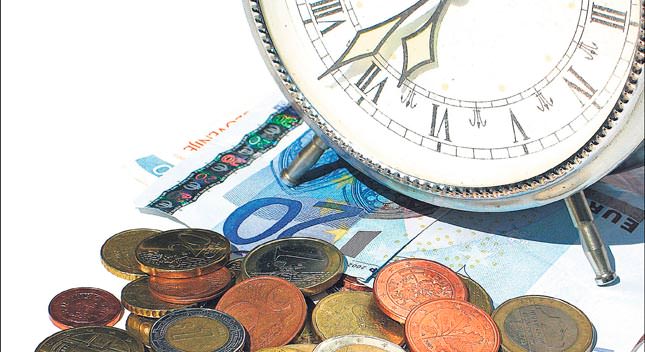 Inflation in the eurozone is currently very low but there is no danger of deflation, European Central Bank (ECB) Chief Mario Draghi said Thursday

"At this point in time, we do not have evidence of consumers postponing expenditure plans, which is something one would observe in a deflationary environment," Draghi told a symposium organized by the German central bank, adding that "with the average euro area inflation standing at 0.8 percent, we are clearly not in deflation, which is defined as a self-reinforcing fall in prices that is broad-based across items and across countries...inflation expectations for the euro area over the medium to long term continue to be firmly anchored in line with our aim of maintaining inflation rates below, but close to, 2.0 percent."

The ECB head went on to say, "what [Europe is] experiencing now is a prolonged period of low inflation, which will be followed by a gradual upward movement towards inflation rates below, but close to, 2.0 percent later on."

Of course, inflation remaining low for a prolonged period of time "is a risk in itself," Draghi cautioned."Against this background, we will remain alert as to whether any indications on further downside risks to price stability emerge and we stand ready to act."

The ECB's decision-making governing council is scheduled to hold a policy meeting next week, with some central bank watchers predicting a possible cut in interest rates, already at all-time lows in the 18 countries that share the euro. Draghi also defended the ECB's pledge to buy up potentially unlimited volumes of sovereign bonds of heavily-indebted eurozone countries under certain conditions.
The bond purchase program, known as Outright Monetary Transactions, has not yet been implemented by the ECB.

The German constitutional court recently expressed reservations about the program and referred it to the European Court of Justice for a final ruling. "Standard monetary policy in the form of rate cuts and the accompanying communication were not enough to ensure an appropriate monetary policy stance," Draghi argued, adding that "the central bank should be endowed with a clear price stability mandate and within this mandate, should be allowed, in fact obliged, to use its instruments in full independence to deliver price stability," in reference to OMTs.