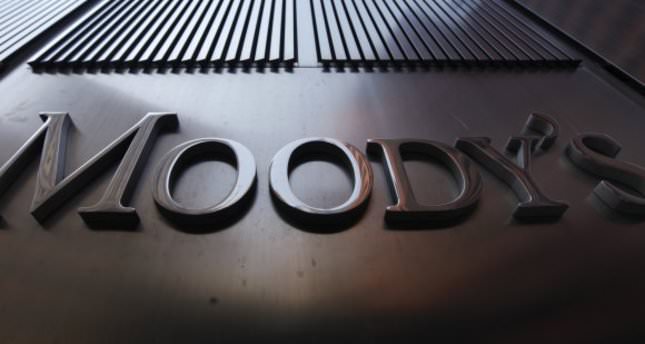 by Taha Meli Arvas Mar 03, 2014 12:00 am
In the last week, both The Financial Times and The New York Times have reviewed two conflicting reports issued by credit rating agencies Moody's and Standard and Poor's regarding Turkey's debt. The Financial Times contrasts the two reports, while The New York Times ignored the Moody's report altogether while continuing to paint a doomsday picture of the Turkish economy as it has since the Dec. 17 crisis.

The FT refers to the Moody's report which points to Turkey's young population, "culture of home ownership," and growth of household disposable income as "good news for the wider economy." The New York Times focuses on an increase in the Turkish consumer's credit card debt. This debt is a problem which the Turkish government has been aggressively tackling for the past few years by curbing predatory lending, implementing usury laws that cap interest rates on credit card debt at 35 percent, and by limiting the installments credit card companies can approve for consumers on everything from groceries to consumer electronics.
Standard Poor's has the distinction of being historically the most negative of the three major credit rating agencies - currently the only one that rates Turkey below investment grade.

As such, it was a surprise that The New York Times would ignore the Moody's report and the FT article, both of which came out a week before The New York Times article. Turkish credit card debt per household and the Turkish income to credit card debt ratio, although high, are much lower than that of other countries such as the U.S., and are far lower when factoring write-offs due to favorable U.S. personal bankruptcy laws. The current U.S. credit card debt figures according to the Federal Reserve are in excess of $850 billion which comes to over $15,000 per household.

The FT article indicates that Moody's warns SME's may endure the most damage after recent interest rate hike by the Central Bank of Turkey, whereas the S&P report and The New York Times article focus only on the consumer aspect. What both articles fail to point out is that government debt has decreased considerably under the AK Party government, home ownership has soared, Turkish per capita income has quadrupled in the last decade, and the $30 billion debt to the IMF was paid off in full last year. If current polls hold, the AK Party should hold municipal offices across the country which should calm fears of a change in administrations in the upcoming presidential and parliamentary elections and help to strengthen the Turkish lira while decreasing interest rates.