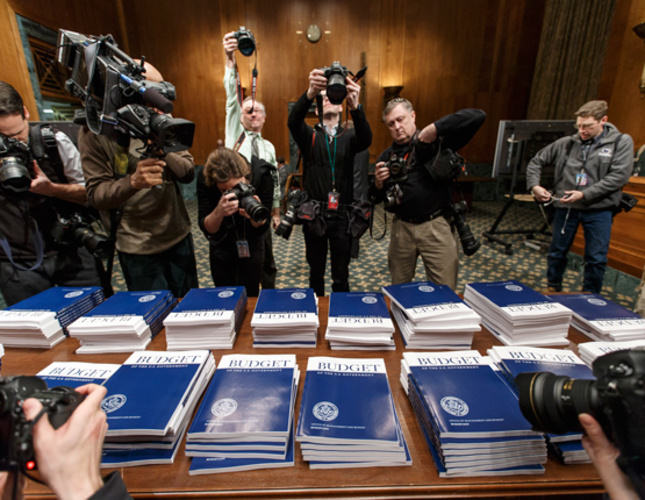 The budget request, most of which will be ignored by Congress, proposes savings of about $1.4 trillion over the 2015-2024 period from healthcare savings, closure of tax breaksfor millionaires, and immigration reform.

It estimates that increased investments in infrastructure, education and an expanded tax credit for the working poor will reduce deficits by another $127 billion over the decade, and passage of immigration reform will kick in another $158 billion.

In total, the Obama budget shows annual deficits staying in the $400 billion to $500 billion range for much of the decade, reaching a benign 1.6 percent of gross domestic product in 2024, despite the rising cost of caring for the rapidly retiring Baby Boom generation.

The outlook from the non-partisan Congressional Budget Office looks far worse based on current tax and spending law, showing deficits that climb back to $1.1 trillion by 2024, or 4 percent of GDP, as more people choose to leave the workforce.
Last Update: Mar 04, 2014 7:05 pm
RELATED TOPICS