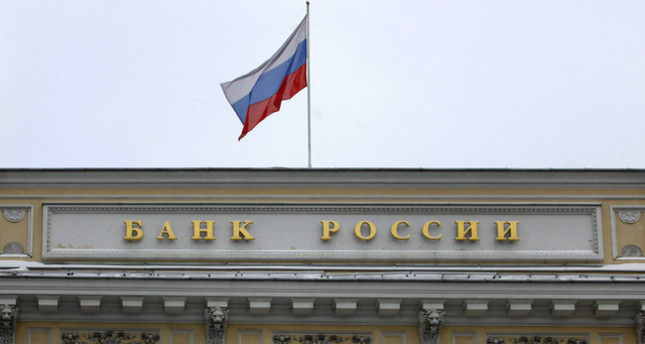 by Mar 06, 2014 12:00 am
Istanbul (Daily Sabah) - Russia's central bank announced yesterday that it was stripping three lenders of their licenses amid suspicions they were engaged in enabling moneylaundering and financing of terrorism.

The Bank of Russia said in a statement that Dagestan Bank, Moscow-based Monolit Bank, and the Bank of Business Development in the Siberian city of Kemerovo would no longer be permitted to operate. The regulator said Dagestan Bank, a lender based in a south Russian province troubled by a long-running Islamism- fueled insurgency, had processed 1.6 billion rubles ($44.4 million) of suspect funds and failed to comply with internal control rules on combating money laundering and terrorist financing.

Business Development Bank transferred 4.8 billion rubles (TL 293.42 million) in suspicious transactions last year, the Bank of Russia said.
The central bank stopped short of accusing Monolit, the largest of the three banks, of money laundering, but said last year it conducted 9 billion rubles worth of suspicious transactions, failed to serve clients in a timely manner and engaged in a credit policy that was too high-risk.

Russian authorities have been tightening control over the banking sector since last year, revoking the licenses of around 30 banks in 2013 in a crackdown aimed at reining in shadow banking activity.

The increased pressure on banks has caused widespread unease, and experts predicted that it could precipitate a flood of new customers for the large stateowned banks that dominate the banking sector.