Halkbank complies with both local and foreign regulations 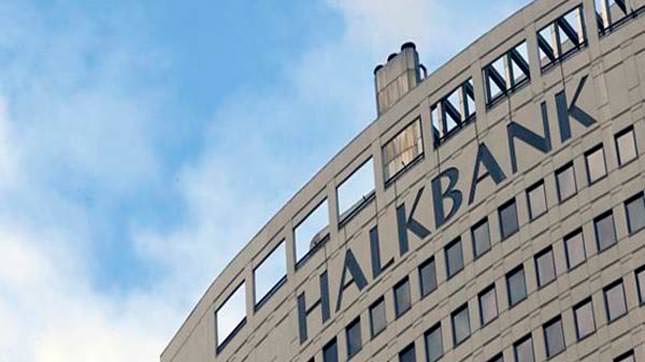 Turkish Halkbank responds to allegations about fictitious transactions and laundering money. The bank said in a statement that it adhered to all national and international financial regulations

Istanbul - Halkbank issued a statement through the Public Disclosure Platform (KAP) yesterday, focusing on the transparency of its banking activities. Recent press reports have claimed that Iranian assets were laundered through Halkbank and that the bank conducted numerous fictitious transactions, violated national and international financial regulations and laundered money illegally by exchanging foreign currency and smuggling gold.

It was stressed in the statement that the bank has adhered to all national and international regulations according to the Banking Regulation and Supervision Agency (BDDK) and independent auditors.

Recent reports have also indicated that the bank could be investigated and put on notice by the United States and the United Nations.
Halkbank issued the following statement in response to the allegations: "Our bank meticulously complies with local and foreign regulations as a company that is active in international markets and kept contact with authorities that introduced these regulations in order to get a better understanding of them. These contacts were not for investigation or audits, but rather for exchanges of opinion. Yet more, no such warning has been delivered to the bank. By contrast, many authorities that our bank is in touch with thanked to us for observing the sanction regulations and our contributions to legitimate trade between the two countries."

Allegations that money was laundered by conducting fictitious transactions with euros instead of dollars and conducting transactions through facsimile rather than SWIFT in an effort to avoid scrutiny were also cited in the statement. The statement also made clear that mediated funds were formed as a result of legitimate petroleum/natural gas trade with transparent sources between Turkey and Iran.

The reason why the bank did not use dollars as a currency in trades with Iran was explained to be a requirement of the U.S.'s sanction regulations, which Halkbank claims it is not bound to. It was also asserted that allegations of not using the SWIFT system for these purposes were unrealistic.

"Trade volume of 87 billion euros with Iran and allegations of anomalous mediation do not reflect the truth. Audited balance sheets, income tables and activity reports of our bank are publicly announced in due periods in a transparent and clear way just as they are every year. These documents clearly indicate that alleged volumes are unrealistic. On the other hand, improvement in the balance sheet quality of our bank and increase in the profit figures are clearly stated for years in the balance sheets. In the mentioned periods, Halkbank ranked among the first levels in capital profitability in the world and Europe. As a result of these financial transactions in legitimate boundaries, dozens of large-scale companies in international markets were acquired and shares were gained from transactions other than with Iran. Mediator companies for Iran-oriented trade transactions are among efficient clients of our bank."