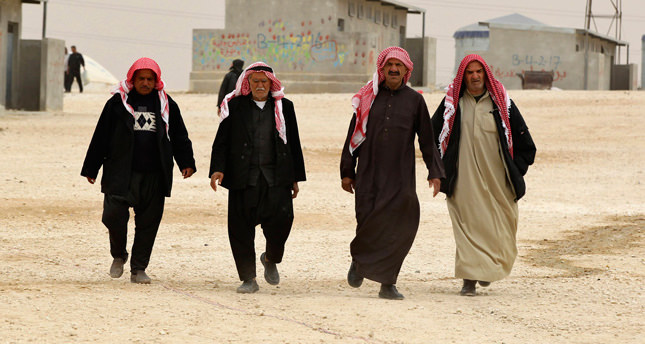 by daily sabah Mar 12, 2014 12:00 am
Istanbul – The influx of Syrians fleeing the conflict in their country into neighboring Turkey has changed the economic outlook for Turkish cities on the border. Hatay, Adana and Mersin are among the cities feeling the Syrian impact on the economy the most. Unemployment rates in the three cities where impoverished Syrians work for low wages without any social security rose to 12 percent in 2013 from 10 percent in 2012, according to data provided by the Turkish Statistical Institute (TurkStat).

Syrian nationals do not have work permits and have to work illegally. In a report on Syrians, local nongovernmental organizations (NGOs) in the southeastern Turkish province of Gaziantep said the number of Syrians seeking jobs in the province was "overwhelming" and urged the government to issue temporary work permits for Syrians, at least until the conflict ends in their country. The NGOs also called on the government to cover social security for Syrian workers.

In a positive development for the Turkish real estate businesses, the Syrian influx has helped increase house prices and rents, particularly in the cities of Gaziantep, Şanlıurfa and Kilis. Nonetheless, increasing migration from Syria also leads to scarcity in housing, as most border provinces have populations of no more than one million. On the other hand, the number of Syrian refugees staying in Turkey is approaching 800,000 according to data provided by the Office of the United Nations High Commissioner for Refugees (UNHCR), and about 414,000 refugees do not reside in refugee camps. This figure is estimated to be half of the total number of Syrians staying in Turkey.