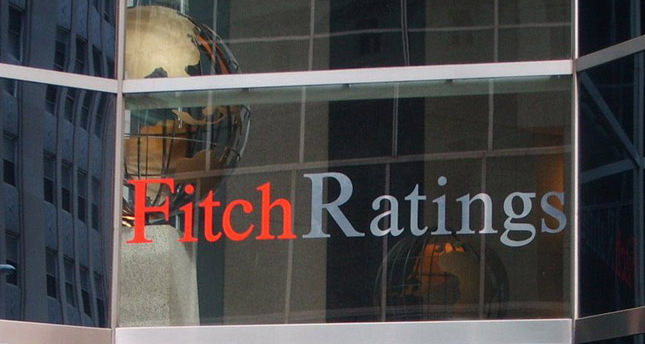 Turkish banks are able to withstand shocks to their asset quality and performance due to their loss-absorbtion capabilities, Fitch stressed

ISTANBUL – Fitch Ratings has released a paper regarding Turkish banks' financial stability. According to studies done in the paper, Turkish banks are able to withstand moderate shocks to their asset quality and performance, largely due to their loss-absorption capabilities. According to Fitch ratings, this is why rating outlooks for Turkish banks continue to be "stable" despite recent sharp currency and interest rate shocks. The report says that most of the country's banks are able to maintain healthy capital ratios under a two-year stress scenario. This scenario assumes slower asset growth from lower economic growth and profit contraction.

Capital and profit generation have long been a key strength for most Turkish banks. According to the report from Fitch Ratings, only four banks in Turkey failed to preserve a minimum Fitch Core Capital/risk weighted assets ratio of 10 percent in its capital stress scenario. But the banks - Alternatifbank, Denizbank, TEB and ING - are all foreign-owned, have subordinated debt from their parents to support regulatory capital ratios and would be likely to receive further capital injections from shareholders if needed. Among the country's largest banks, Yapı Kredi and VakıfBank have somewhat tighter capital ratios than peers, but these are currently reasonable.

The U.S. Fed's tapering program is dampening investor sentiment towards some emerging markets, including Turkey, as it is dependent on short-term capital inflows to support a large current account deficit. The report says this leaves Turkish lira exchange rates vulnerable, raising asset quality risks for banks' foreign currency lending, which accounts for around a quarter of total bank loans.

The bulk of this lending has been extended to corporates, not all of which is well hedged. In addition, corporates that have borrowed in lira from local banks may face stress as a result of foreign currency borrowing from abroad. Commercial banks most exposed to foreign currency lending are BankPozitif, Kuveyt Türk and Garanti Bank, according to the Fitch report.

The report also states that Turkish banks' foreign currency wholesale funding represents a moderate 16 percent of banking sector liabilities, and refinancing risks have been contained as a result of strong relationships with foreign lenders and the secured nature of some facilities, such as repos. Foreign currency deposits were fairly high at 37 percent of total deposits at the end of 2013, although reserve requirements on U.S. dollar deposits are also fairly high at 15 percent, and the central bank can release some of this U.S. dollar liquidity back to banks, if required.

Higher interest rates make a return to the rapid credit growth seen during the first half of 2013 less likely. This should allow banks to take stock of asset quality as portfolios season. However, according to Fitch Ratings, higher rates will raise debtservicing costs and could lower economic growth, both of which may lead to a rise in non-performing loans, particularly for small and medium-sized enterprises. Margin pressure will also be inevitable as loans reprice more slowly than deposits.