Fed officials scramble to clarify timing of US policy tightening 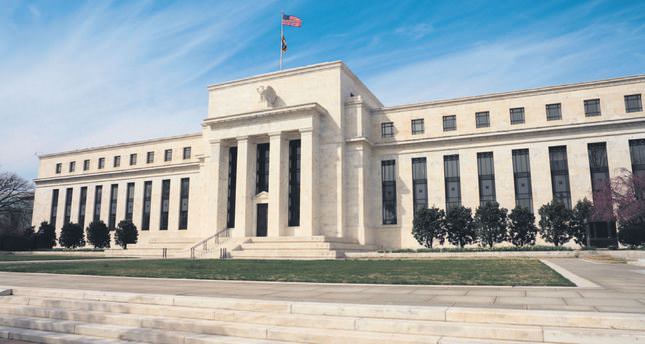 WASHINGTON D.C. — Bonds dropped and some economists revised their predictions after a policy-setting meeting last week in which the Fed said it expected to keep interest rates near zero for a "considerable time" after it wraps up a bond-buying stimulus program, which is widely expected to end late this year. Pressed on the statement afterward, Yellen, in her first news conference as Fed chair, said the phrase "probably means something on the order of around six months or that type of thing." Stocks and bonds immediately tumbled as traders took the statement to suggest rate hikes could come in about a year's time, sooner than they had anticipated. Philadelphia Fed President Charles Plosser, speaking on CNBC television on Tuesday, said Yellen's comment was not a "mistake" as some had speculated, and in fact that time frame was already expected in financial markets.

Still, Plosser said he was surprised the market reacted as much as it did, adding it's better for the Fed "to get away from talking about time frames." Dennis Lockhart, head of the Atlanta Fed, said he for one believes the first rate-hike will come more than six months after the end of the asset purchases and probably in the second half of next year. "That is a really a minimum not a maximum," he said at an investment conference in Atlanta. "(I) think that it's going to be longer than that."

The Fed has held rates near zero, an ultra accommodative level, since late 2008 to help battle the brutal 2007-2009 recession. It began the current round of bond purchases in 2012 and is now winding them down in measured steps in a nod to stronger economic growth and lower unemployment. Now that the slow and halting economic recovery has picked up, the Fed is preparing financial markets for a delicate reversal in its most aggressive easy-money experiment ever.

In an interview, Dallas Fed President Richard Fisher expressed some frustration that financial markets attached so much weight to Yellen's comment, as well as to freshly published predictions by Fed policymakers on when they individually expect the first rate-rise to come. "What this indicates to me is that the central banks of the world have become too central to the way people think," he told Reuters. As for Yellen, he said: "It was her first press conference, she was pressed on the issue (on when rates will rise), and the answer is: We'll see."
While the Fed must be careful not to wait too long to tighten, Fisher said it "will hold the base rate at a low range until we're certain the recovery is well under way." According to the published predictions, 13 of the Fed's 16 policymakers expect to tighten policy some time next year, with the median of officials expecting rates to rise to 1 percent by the end of 2015. While Fisher hinted he is among those expecting a rate rise next year, Plosser - another hawkish official who also has a vote on policy this year - believes the Fed should aim to raise rates to 3 percent by the end of 2015 and 4 percent by the end of 2016.

Fisher said it makes sense for investors to start to reconsider when rates will rise after years of "cheap and abundant money" from the central bank. "Of course the market is going to be nervous about when that security blanket will be taken away, and how quickly. It's perfectly human," he said. "But now their life will be a bit more complex; they'll actually have to do work."