Rising temperatures a threat to economy 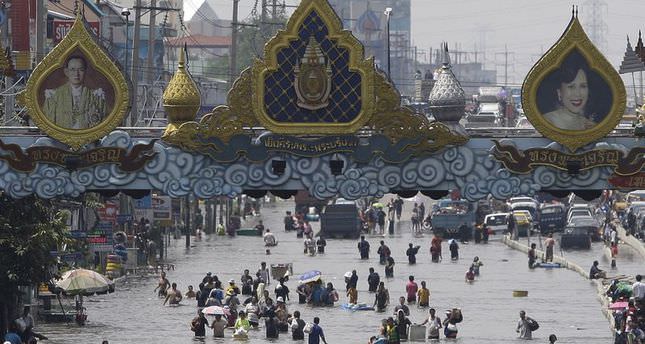 The U.N. released the most comprehensive assessment to date of the impacts of climate change on the world. The impacts of global warming are likely to be 'severe, pervasive and irreversible' the report warns

YOKOHAMA — Global warming poses a growing threat to the health, economic prospects, and food and water sources of billions of people, top scientists said in a report that urges swift action to counter the effects of carbon emissions. The latest report from the U.N. Intergovernmental Panel on Climate Change (IPCC) says the effects of warming are being felt everywhere, fueling potential food shortages, natural disasters and raising the risk of wars. The report projects global warming may cut world economic output by between 0.2 and 2.0 percent a year should mean temperatures rise by 2 degrees Celsius (3.6 Fahrenheit), estimates that many countries say are too low. "The world, in many cases, is ill-prepared for risks from a changing climate," the IPCC said yesterday, after the final text of the report was agreed.

More warming increased the chance of harsh, widespread impacts that could be surprising or irreversible, it added. "Over the coming decades, climate change will have mostly negative impacts," said Michel Jarraud, Secretary-General of the World Meteorological Organization (WMO), citing cities, ecosystems and water supply as being among the areas at risk. "The poor and vulnerable will be most affected," he added. The IPCC was set up in 1988 by the WMO and the United Nations Environment Programme. The risks range from death to disrupted livelihoods in lowlying coastal zones and small islands, due to storm surges, coastal flooding, and sea-level rise, the report said.

Still, many governments have pleaded for greater scientific certainty before making billion- dollar investments in everything from flood barriers to renewable energies. "There are those who say we can't afford to act. But waiting is truly unaffordable.

The costs of inaction are catastrophic," Kerry said. Global warming will worsen health threats, damage crop yields and bring floods, the report says. It could also deepen poverty and worsen economic shocks at the heart of conflict.

The report is the second in a four-part IPCC series meant to guide governments that have promised to agree a pact in 2015 to slow climate change. The first, in September, raised to least 95 percent the probability that most global warming is manmade, from 90 percent in 2007.

The panel's credibility faces scrutiny after one of its reports, in 2007, exaggerated the melt of Himalayan glaciers, but reviews said the error did not undermine key findings.

Climate scientists say they are more certain than ever that mankind is the main culprit behind global warming and warned the impact of greenhouse gas emissions would linger for centuries.

The report pulls together the work of hundreds of scientists but sceptics have been emboldened by the fact that temperatures have risen more slowly recently. One of the authors, pulled out of the writing team last week, saying he thought the report was too alarmist. The United Nations urged governments to step up work for a deal to fight climate change. "This report requires and requests that everyone accelerate and scale up efforts towards a low carbon world and manage the risks of climate change," the United Nations climate chief, Christiana Figueres, said in a statement.
Last Update: Mar 31, 2014 11:38 pm
RELATED TOPICS