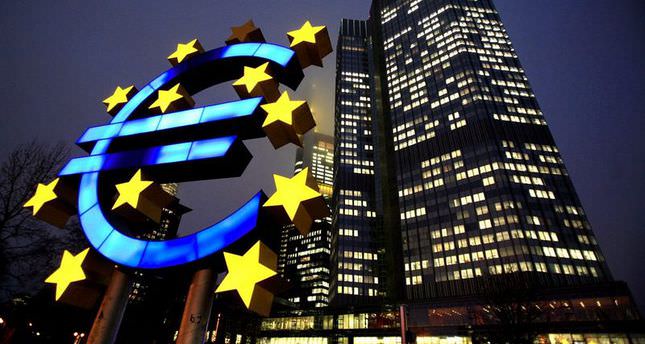 Inflation across the 18-country eurozone fell for the third consecutive month to a new low of 0.5 percent in last month, a development likely to add pressure on the European Central Bank to ease its monetary policies

BRUSSELS — Inflation across the 18-country eurozone fell for the third consecutive month to a new low of 0.5 percent in March, a development likely to add pressure on the European Central Bank (ECB) to ease its monetary policies. The preliminary estimate published Monday by the European Union's statistics agency was down from February's annual rate of 0.7 percent. Analysts were forecasting a milder drop to 0.6 percent.

The March figure is the lowest inflation rate in over four years, according to the Eurostat agency. ıt last dropped to 0.5 in November 2009 when the global financial crisis had pushed Europe into recession. The drop raises the prospect that the eurozone might see consumer prices fall. A sustained drop in prices, called deflation, can choke off growth as consumers and businesses delay purchases in hopes of getting better bargains down the line. That could push the ECB, which aims to keep inflation just below 2 percent, to loosen its monetary policy further at its monthly meeting Thursday. "The ECB may have little option but to take further policy action," said analyst Ben May of Capital Economics.

The drop in inflation came on the heels of weaker national data published last week showing, among others, that prices had started falling in Spain, the bloc's fourth-largest economy. The ECB in February trimmed its inflation forecast for this year to 1 percent, insisting it doesn't expect deflation across the eurozone as the economic recovery slowly gains strength. Some analysts cautioned the March drop in inflation can partially be attributed to a temporary factor like the timing of Easter, which falls into April this year, a month later than in 2013. That might cause the inflation rate for some seasonal goods and services, such as holidays and air fares, to be unusually low, said May, the analyst.

However, most economists say Monday's data adds pressure on the central bank to act. Interest rates are already at a record-low of 0.25 percent, so some analysts argue the bank could resort to less conventional measures to ease its monetary policy.

Among the possibilities cited is a new round of cheap loans to banks. A more farreaching measure would be large-scale purchases of financial assets such as government bonds with newly created money, as the U.S.

Federal Reserve has done. That would increase the amount of money in the economy and aim to lower market interest rates and stoke inflation. But such a move faces legal, political and technical obstacles. The ECB could also trim its deposit rate below zero, effectively penalizing banks for holding money at the ECB instead of lending it out in the economy.
Last Update: Apr 01, 2014 1:09 am