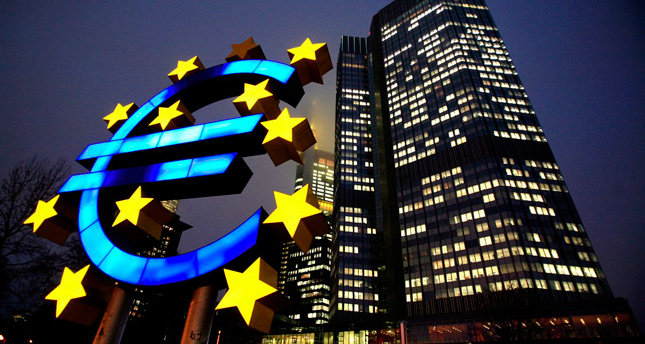 by French Press Agency - AFP
Apr 03, 2014 12:00 am
FRANKFURT — The European Central Bank has left its main interest rate unchanged even as a drop in inflation has fueled worries about economic weakness in the 18-country eurozone.

The ECB's governing council on Thursday kept the bank's refinancing rate at 0.25 percent, already a record low, a move that was in line with expectations.

However, questions remain about whether the bank might resort soon to less conventional measures to boost the economy, such as a new round of cheap loans to banks or even large-scale purchases of financial assets.

Data released this week showed that inflation across the eurozone dropped to 0.5 percent in March from 0.7 percent in February. The third decline in as many months underlined concerns that consumer prices could start to fall outright.
Last Update: Apr 03, 2014 3:12 pm