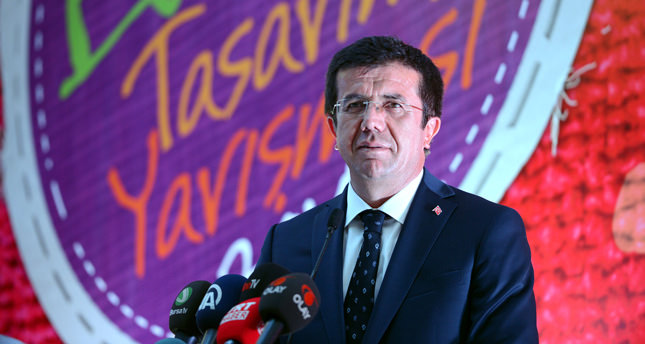 by AA
Apr 05, 2014 12:00 am
ISTANBUL — Turkey's financial condition is optimistic following the March 30 local elections, in which the ruling AK Party led in the polls, the country's Economy Minister said Friday.

"We expect a stronger and less vulnerable monetary period ahead as the election results signaled stability both politically and economically," Nihat Zeybekci told the press at a Turkish Exporters' Assembly meeting in Istanbul.

The incumbent AK Party government received more than 45% of the votes Sunday, an outcome that was widely seen as a sign of confidence for the leaders.

Earlier on Friday, Prime Minister Recep Tayyip Erdoğan urged the country's central bank to set a cut in interest rates, which almost doubled earlier this year after a sharp rise in foreign currencies against the Turkish Lira, in a bid to curb the Lira's depreciation.

The Lira recovered by 5% following the elections.

The economy minister said the U.S. dollar's rise was not a surprise to Turkish finance as such hikes were the case in most developing countries.

Turkey is currently dealing with a high foreign deficit, recorded at nearly $100 billion in 2013, creating a financial burden on the Turkish budget.