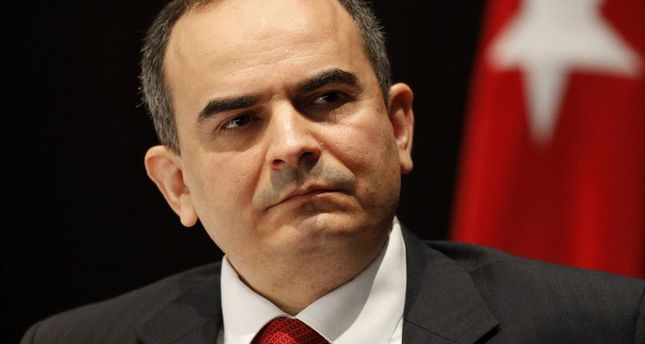 Erdem Başçı, the governor of Turkey's central bank, said yesterday that he will work to promote trust and stability by gradually reducing interest rates without allowing short-term interest to sharply decrease

Turkey's central bank governor hinted that interest rates may be cut for the first time in a year on Monday, but said they would be gradual and the bank alone would decide on their timing. Bank head Erdem Başçı spoke three days after Prime Minister Recep Tayyip Erdoğan called for a rate cut, saying his AK Party's strong showing in recent local elections had boosted markets, and lower rates would encourage investors.

Speaking at a conference in the Central Anatolian city of Kayseri, Başçı trod a careful line, saying "measured" rate cuts were a possibility but that he saw no current need for an extraordinary monetary policy meeting. "When we cut rates we do it step by step (and) keep our tight stance. We protect both confidence and stability," he said. "A rate cut with a big volume should not be expected. It's beneficial to take measured steps," said Başçı.

He said the bank's overnight lending rate was "very tight" at 12 percent and that it had "room for maneuver" to reduce it bit by bit to 10 percent if needed. "This strategy worked in Turkey in the past. It proved to be useful, especially during the debt crisis in eurozone.

When the current external uncertainties are considered, we think this approach is more efficient as there is a special problem: You will see that countries which impose successive increases of 50 points in interests have higher long-term interest. For instance, Brazil has 10 year-interests for long years at a level of 12-13 percent because it does not know where to stop. The country increases the interest rates by 50s or 25s basis points and ends up with higher long-term interests as it does not know where to stop. We are heading for a more firm point by taking into consideration the current expectations of inflation and long-term interests. If this policy works and stability is achieved, we will drop it gradually.

Yet, we will drop it while at the same time preserving our firm stance. We protect both the trust and the stability by gradually reducing the interest rates without allowing the short-term interest to sharply decrease. We are able to progress thanks to such process of interest reduction. Turkey did the same in 2002 as well. Interest rates were at the level of 70 percent back then. If you look carefully, Turkey brought the figure to a great point by monitoring the data in a very deliberate manner and reducing the interest rates when possible. Both the inflation was pulled down to one-digit figures and interest rates were reduced. I suppose this kind of a deliberative approach will prove to be more correct for us in the upcoming days. In this sense, how early it may happen will be discussed by the committee.

Yet, a huge amount of reduction in interest rates should not be expected. That is why it is good to proceed prudently. It is possible to progress by monitoring the incidents both in Turkey and the world. We can say it is a more secure approach," remarked Başçı.

The central bank stunned markets with a massive rate hike at the end of January, ignoring political pressure - Erdoğan had spoken against such a move just hours earlier - as it battled to defend the lira after it slumped to record lows.

Başçı said in London on Thursday that the bank's current policy was sufficient to tackle inflation, even though consumer prices rose more than expected in March. Several economists, surprised by Başçı's comments on Monday, said any talk of rate cuts looked premature.Turkish Central Bank Governor Erdem Başçı pointed that there are only two conditions to drop inflation below 5 percent.

"If exchange rates gain stability and show horizontal progress, inflation is expected to significantly fall toward the summer period of 2015. Besides, demand conditions should be taken into account. There is a composition in demand conditions which drives supply forward, but slows down demand. This delay can be observed over one year. From the point of demands, the impact on inflation can be seen as a one-year period with improvement. This influence will be observed in the summer period. Therefore, the expectations aimed at decreasing inflation below 5 percent during the summer months of 2015 might stand high. Rent rates would be high and pose a risk. It will be necessary to negotiate on this issue and make it drop. We need to adjust inflation expectations downward. If we can achieve this, and there will be no other foreign risks, the inflation rate can reach 5 percent next year. The main point is the expectations should not be ruined."