Anatolian exports on the rise 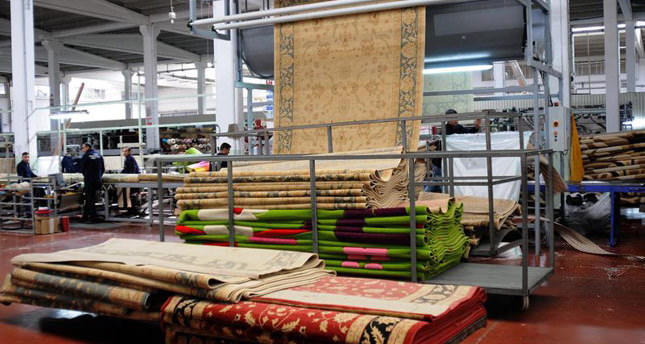 by AA Apr 09, 2014 12:00 am
DIYARBAKIR, Turkey — Exports of cereals, dried fruit, textiles, carpets from southeastern Turkey to Iraq and Saudi Arabia are up by five percent in the first three months of 2014, compared to the same period last year, according to a report from the Turkish Exporters' Assembly (TIM).

Exports from southeastern Anatolia were valued at over $2 billion in the first three months of 2014 and the increase is attributed to success of the Kurdish peace process, said Hakan Akbal, President of Southeast Young Businessmen Association (GUNGIAD).

"Ongoing peace efforts to resolve the thirty year old Kurdish–Turkish conflict which resulted in the loss of more than 80,000 lives was a great economic loss for Turkey as well inflicting lots of damage to the Kurdish population," added Akbal.

The report also shows that exports from other regions in the southeast were up; exports from Batman increased 76 percent, from Diyarbakir; up 63 percent, while exports from Sanliurfa; up 20 percent.

"If sustainable peace can be maintained in the region, there is no reason for the region not to attract much more local and foreign investment," said head of Diyarbakir Chamber of Commerce and Industry, Ahmet Sayar.

The multi-sector integrated regional development project, known as GAP, which has seen the construction of 22 dams and 19 power plants over a period of around fifteen years, has been responsible for a huge increase in Turkey's irrigable farmland, therefore also contributing to the rise in exports.