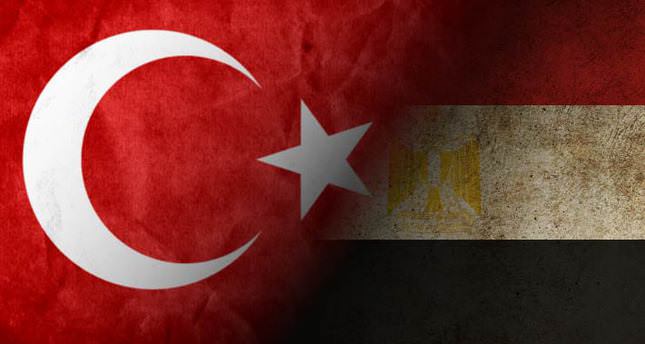 by Anadolu Agency
Apr 09, 2014 12:00 am
KOCAELI, Turkey — Exports to Egypt from Turkey shrunk by 17 percent in first quarter of 2014 compared to same quarter of last year, according to figures from the Turkish Exporters' Assembly.

In the first quarter of 2014, goods exported to Egypt amounted to $769 million, a 17 percent decrease on a year-on-year basis.
Egyptian imports constituted two percent of overall exports to Turkey between January-March, which amounted to $38.6 billion.
Relations between Cairo and Ankara have cooled since the army's July 3 ouster of Morsi, Egypt's first democratically elected president, in a move described by Turkish PM Recep Tayyip Erdoğan as a "military coup".
Last November the two countries downgraded their diplomatic relations.
Last Update: Apr 09, 2014 11:58 am