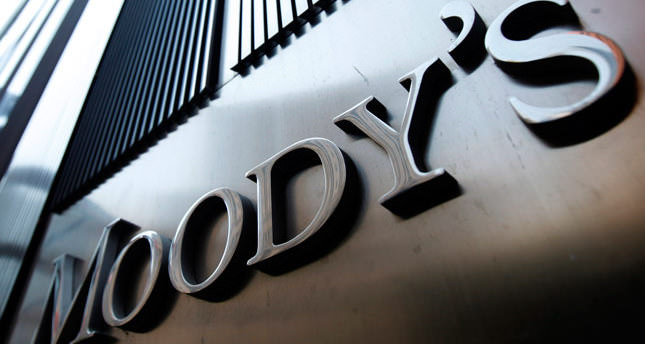 The agency re-affirmed the country's current bond rating of Baa3, just one step above a so-called 'junk' level, which is out of bounds for many pension and savings funds seeking safer investments.

The move piles more pressure on Prime Minister Recep Tayyip Erdoğan, who has made a turnaround in Turkey's economic fortunes a keystone of his 11-year rule.

Moody's said that despite Erdogan's election triumph, political tensions will persist through the second quarter of 2015 when parliamentary polls are due, and will weaken the country's external financing position and medium-term growth prospects.

"The combination of challenges facing the country today heightened political turbulence, pressures on its external financing and the prospect of weaker growth in the medium term, shift the balance of credit risks to the downside," it said.

Fitch Ratings affirmed on April 4 its BBB- rating for Turkey, also the lowest investment-grade rating, but with a stable outlook.

Standard & Poor's in February switched the outlook its rating of BB+ for Turkey, the highest speculative-grade, to negative citing a risk of a hard landing for the country's economy.