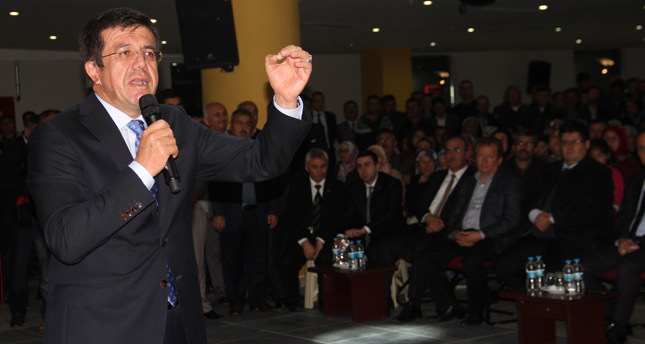 Zeybekci said Moody's assessment was not based on well-established facts.

"We are in a clearer and more predictable political environment after the local elections in Turkey," he said.

Turkey's exports reached $13.2 billion in February, an all-time-high for the month.

Moody's changed its outlook on Turkey's Baa3 government bond rating to negative from stable Friday, citing increased pressure on the country's external financing position and weaker growth prospects. However, the agency also reaffirmed Turkey's current sovereign Baa3 rating saying this reflects the country's strong fiscal metrics including a declining share of foreign debt and a lengthening of the debt's maturity structure while the country's economic strengths such as its size, wealth and diversification underpinned the rating.