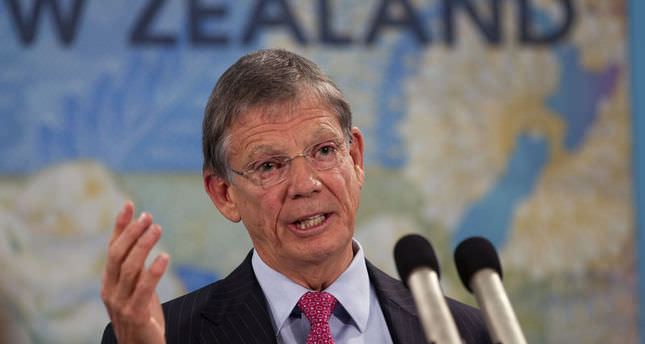 by French Press Agency - AFP
Apr 25, 2014 12:00 am
WELLINGTON — New Zealand's central bank lifted interest rates for the second time in as many months yesterday, saying it was necessary to contain inflation as an economic recovery gains momentum. The Reserve Bank of New Zealand raised the official cash rate 0.25 points to 3 percent in a well-flagged move that was widely anticipated by market watchers. The hike comes after New Zealand last month became the first advanced economy to tighten monetary policy since 2012. Reserve Bank Governor Graeme Wheeler said New Zealand's farm-based economy "has considerable momentum" and grew an 3.5 percent in the year to March, fuelled by high commodity prices.