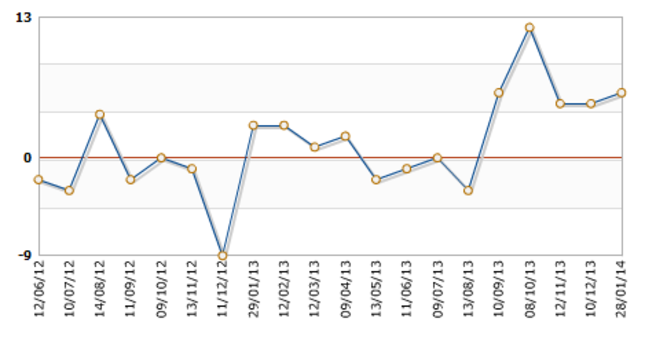 by AA Apr 29, 2014 12:00 am
ANKARA — The Consumer Confidence Index (CCI) increased by 7.9 percent in April 2014 compared to March, the Turkish Statistical Institute (TurkStat) reported on Monday. The index figures show that optimism in Turkey's general economy over the next 12 months is growing as March's figures of 72.7 points rose a month later in April to 78.5 points, for a 7.9 percent increase. The financial expectation for household income in the next 12 months is 94.9 points, an increase of 3.8 percent compared to the previous month. The probability of savings index for the next 12 months increased by 10.4 percent compared to the previous mont, and rose from 24.1 in March to 26.6 in April. CCIs shows how confident consumers feel about the stability of their incomes, which affects economic decisions and therefore serves as one of the key indicators for the overall shape of the economy.The indices range between zero and 200 points, with 100 points being a neutral outlook, above that point being optimistic and below being a pessimistic outlook.