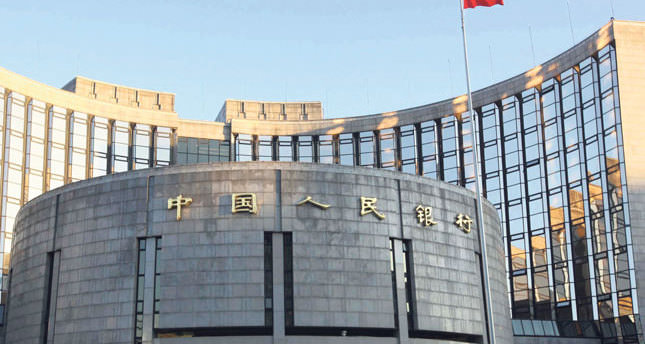 China's resource-dependent and manufacturing-heavy provinces suffered growth slowdown in the first quarter as the government pushed to reduce overcapacity, adding to signs of weakness in the economy

Economic growth was 5.5 percent in Shanxi, a major coal producing province which has been hit by slumping coal prices.

Shaanxi province has yet to publish its firstquarter growth data. First-quarter growth in almost all Chinese provinces was below their annual targets, according to local media. The government has stepped up efforts to rein in sectors with excessive capacity and heavy polluters, even as it has hastened construction of railways and affordable housing in a bid to underpin growth, while the central bank has cut its required reserve ratios for rural banks. "The move (on overcapacity and pollution) is having a big impact on economic growth, but we see some signs of stabilization due to recent policy support," said Li Heng, an economist at Minsheng Securities in Beijing.

The latest Reuters poll found respondents believed economic growth could slow to 7.3 percent in the second quarter from 7.4 percent in the previous three months. The economy is expected to grow 7.3 percent in 2014 - the weakest showing in 24 years and down from 7.7 percent last year.

The central bank said in a report released on Tuesday it will step up efforts to quicken interest rate liberalization and open up the capital account, even though the economy still faces downward pressures. Hebei has pledged to slash total steel capacity by 60 million metric tons by 2017 as part of a program to cut air pollution in northern China. At least 16 of its steel firms have also stopped producing as a result of financial problems, the provincial governor said last month. Local media attributed slower growth in Heilongjiang, which relies heavily on manufacturing and coal mining, to its efforts to shut down inefficient factories.

The biggest export-oriented provinces such as Guangdong and Zhejiang provinces also posted slower growth in the first quarter, with their GDP growing only around 7 percent, dragged by faltering trade orders. The fastest growth regions are Chongqing, Guizhou and Tianjin.

China's national economy grew an annual 7.4 percent in the first quarter, slowing from 7.7 percent in the previous quarter. Some analysts have raised suspicion over the growth data, pointing to sluggish factory growth and weak investment. Growth in China's less developed western and central provinces have consistently outpaced that of more affluent eastern regions in recent years, but the latest data showed the gap is narrowing as the former saw growth slowing more quickly. "One explanation is that China's slowing fixed asset investment and falling global commodity prices made China less dependent on those resource producing provinces," analysts at Bank of America/Merrill Lynch said in a note. China's coastal provinces such as Guangdong and Zhejiang have been leading the drive to transform the source of growth from manufacturing to services. The combined economic output of China's provinces has long exceeded that of the national level compiled by the National Bureau of Statistics, raising suspicion that some growthobsessed local officials have cooked the books. Chinese leaders have recently set new standards for local officials, stressing that their performance cannot be simply based on regional growth rates, but should include resource and environmental costs, debt levels and work safety.