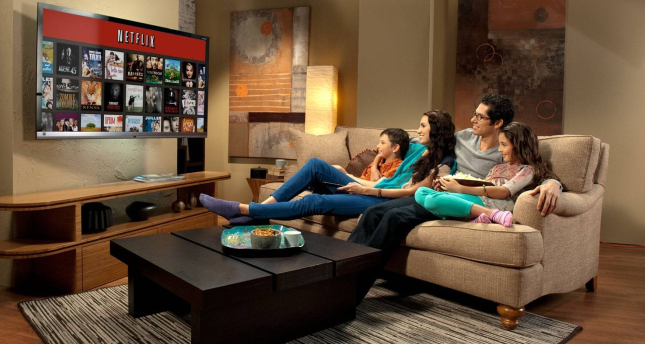 by Ragıp Soylu Apr 30, 2014 12:00 am
WASHINGTON, D.C. — The world's largest online movie rental service Netflix yesterday refuted reports that it has abandoned plans to enter the Turkish market due to restrictive regulations. A spokesman for Netflix described the report published by the Turkish daily Hurriyet and quoted by Today's Zaman as "inaccurate."

Hurriyet claimed last weekend, based on its sources close to the company, that Netflix was "discouraged" by the Radio and Television Supreme Council (RTÜK) and new Internet law.

The report said that Netflix had ruled out investment in Turkey because the law allows the RTÜK to censor certain images and new Internet regulations allow the Turkish Communication Authority (TİB) to block specific URLs. Netflix, reportedly, found some articles within the new Internet law "unacceptable."

Joris Evers, Netflix's vice president of head of communications for Europe, said, "The story suggesting we had plans to launch in Turkey but abandoned those plans because of local regulations is not correct. We ultimately want to be a global service, but have not planned a launch in Turkey yet." Netflix, which is operating North and South America and Europe, is said to be worth over $21 billion (TL 44.5 billion) according to some analysts. Netflix now accounts for more than half the videos streamed over the Internet. Forty-four million people around the world have signed up to its video-on-demand service. Producing its own series like "House of Cards" and "Orange is the New Black" has given it an edge, but Amazon Prime and Google Play amongst others are jostling for space in a fast-growing market.