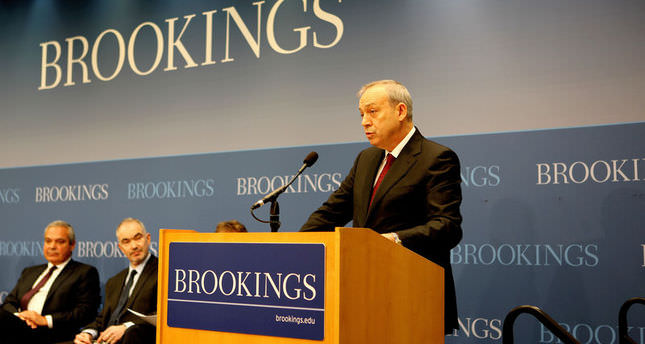 by Apr 30, 2014 12:00 am
ISTANBUL — Energy policy and geo-political incidents were discussed on the panel "Turkey's Energy Security Calculus: Aspirations and Realities," held in one of the most respected think tanks in Washington, the Brookings Institute. The panel was held within the framework of a U.S.-Turkey forum organized by the Turkish Industrialists and Businessmen Association (TÜSİAD). President of TÜSİAD Muharrem Yılmaz also noted Turkey is one of the biggest natural gas markets in the OECD and he envisages Turkey being the third most prominent market in Europe in 2030. Yılmaz emphasized energy security is of vital importance for the country that has remarkable growth targets but limited hydrocarbon reserves.