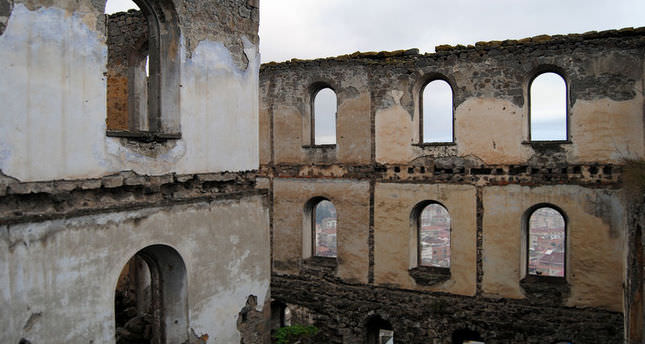 by AA Apr 30, 2014 12:00 am
ISTANBUL — In the first quarter of 2014, Turkey's tourism income increased by 3.4 percent compared to the first quarter of 2013, reaching $4.808 billion (TL 10.1 billion). According to data released by the Turkish Statistical Institute (TurkStat), while 76.2 percent of this income was obtained from foreign visitors, 23.8 percent was obtained from Turkish citizens residing abroad. The report says that visitors organize their travel individually or with package tours. However, visitors coming individually compose the majority of total visitors and their expenditure reaches $4.262 billion. The average expenditure of visitors was $949 per capita. Turk-Stat's report also gives information about Turkish citizens traveling abroad, which increased by 4.1 percent in the first quarter of 2014 compared to previous years and reached 1,728,284 people.

Their average expenditure was $790 per capita. Turkey's tourism income is expected to increase in the summer months when the season for sea tourism opens.Turkey is also the third country in the world with the best Blue Flag rating after Spain and Greece. Beaches and marinas around the world were awarded the Blue Flag for 2014 by the International Blue Flag Program. This year, 397 beaches and 22 marinas in Turkey were awarded the Blue Flag.

Chairman of the Foundation for Environmental Education in Turkey Rıza Epikmen said Turkey works harder for the Blue Flag than any other country.