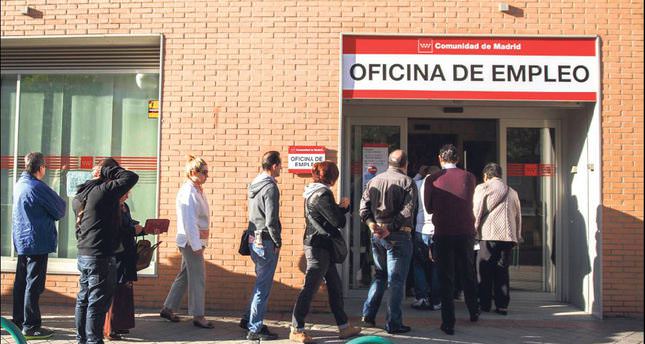 by
Apr 30, 2014 12:00 am
SPAIN — Spain's unemployment rate climbed to nearly 26 percent in the first quarter of 2014, official data showed Tuesday, as millions searched in vain for a job in a sluggish recovery from recession. Despite emerging gingerly from a two-year downturn in mid-2013, the figures showed Spain still failing to significantly dent one of the highest jobless rates in the industrialized world.

Unemployment remains a daunting challenge for Prime Minister Mariano Rajoy's conservative government, which made job creation a priority. The implosion of a decade- long property bubble in 2008 flooded the country in debt, tipped the economy into a double-dip recession and wiped out millions of jobs. By the first quarter of 2013, the unemployment rate soared to an unprecedented 26.94 percent.

The ratings agency said Spain's fiscal track record over the past two years had been strong and the risk of Spanish banks further burdening the government diminished. "Spain's balance-of-payments adjustment has been driven by robust export performance as well as domestic demand contraction," Fitch Ratings said in a statement. Fitch also raised Spain's country ceiling to "AA+" from "AA."