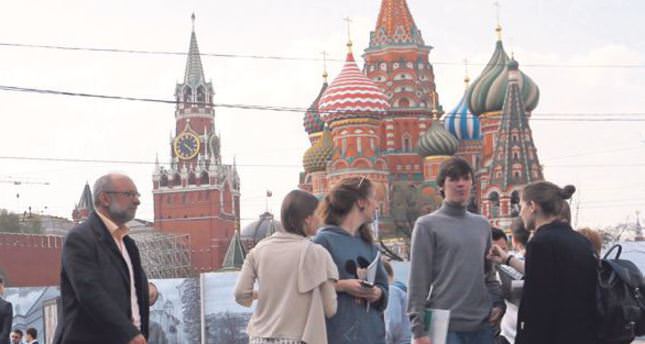 by Anadolu Agency May 01, 2014 12:00 am
The International Monetary Fund has cut its 2014 growth forecast for Russia and expects a capital outflow of $100 billion (TL 211.6 billion) this year, the fund's mission chief to Moscow said yesterday. Antonio Spilimbergo also told reporters that international sanctions imposed on Moscow over the crisis in Ukraine and the threat of more to come were hurting the economy and threatened investment. He said the IMF expected Russia to grow just 0.2 percent this year, compared with an earlier forecast of 1.3 percent, and added there were "considerable downside risks." "The difficult situation and especially the uncertainty surrounding the geopolitical situation and follow up of sanctions and escalation of sanctions are weighing very negatively on the investment climate,"

Spilimbergo said. He added that Russia, which grew 1.3 percent last year, was already experiencing a recession. "If you understand by recession two quarters of negative economic growth, then Russia is experiencing recession now," Spilimbergo told reporters. The economy contracted quarteron- quarter in the first three months of this year.