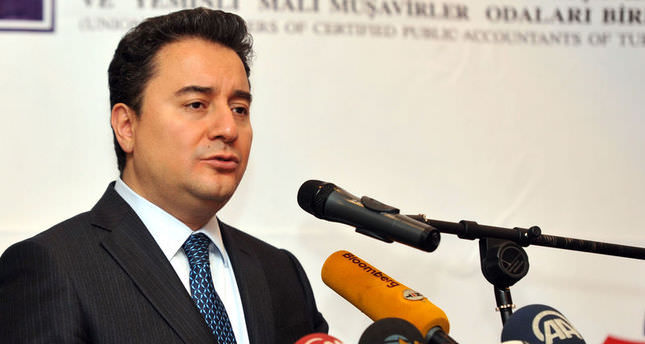 by AA May 01, 2014 12:00 am
ISTANBUL — Turkey's 4 percent economic growth target for 2014 is still attainable, the country's top voice on economy, Ali Babacan, said on Tuesday. In a conference hosted by an Italian business association, Deputy Prime Minister Babacan ruled out the domestic demanddriven growth model, stressing it effects the current account deficit badly in short term. "There may be a revision in coming months for the growth target, but for now it is very early and we believe it is still attainable," he said. Referring to the predictions of falling growth rate announced by credit rating agencies in the last months, he said these agencies suffered credibility problems after the latest global crisis. "Now they prefer to be on the safe side almost in all cases and make the worst of the situations," Babacan said. He also urged small and mediumsized enterprises of Turkey and Italy for further cooperation, saying they serve as a driving force behind the economies of both countries.