Eurozone unemployment falls while US jobs on the rise 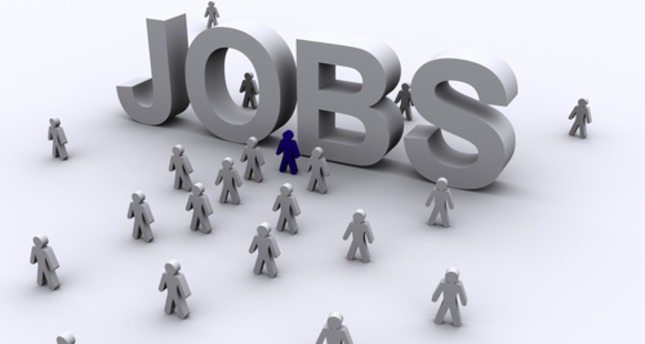 The number of people out of work in the Eurozone fell slightly in March but remained near a record high, while employment in U.S. likely increased at its quickest pace in five months in April, data shows

Around 18.91 million people were jobless in the 18-nation Eurozone in March, 22,000 fewer than in February, or 11.8 percent of the working population, the EU statistics office Eurostat said on Friday.

That is slightly down from the record 12 percent a year ago, while the 11.8 percent reading was the same as in February. Eurostat revised down the February reading from 11.9 percent earlier.

Joblessness has been stuck at almost 19 million people for the last four months and shows the human impact of the worst financial crisis in a generation, but it also varies widely across the Eurozone. "The cross-country divergence is still very, very significant, much more so than in other data," said Frederik Ducrozet, a senior Eurozone economist at Credit Agricole. "There is a lag right now, which is usual, but unless there is another shock to the economy, the unemployment rate should decline," he said.

After two consecutive years of recession, the Eurozone's economy is growing again, and areas such as manufacturing are reflecting that as new orders rise. But households are among the last to feel the benefits, which is having a knock-on effect on consumer prices that are in the European Central Bank's "danger zone" of below 1 percent, raising concerns about damaging deflation in the bloc.

Faced with inflation rates running far below target, the European Central Bank has opened the door to money printing with so-called "quantitative easing" (QE) to boost the Eurozone economy, which is growing at a slower rate than much of the rest of the world. A fall in unemployment could make QE less likely, economists say. "The [pending] job creation in the Eurozone should help end the discussion of deflation risks," said Nikolaus Keis, an economist at UniCredit.

Increasing employment in the U.S., on the other hand, is expected to bolster hopes of a strong rebound in economic activity in the second quarter. That would also top the pace of payroll gains in the first quarter of 177,667 jobs per month. The unemployment rate is expected to fall one-tenth of a percentage point to 6.6 percent in April, matching a five-year low previously touched in January. "It will confirm that the economy is gearing up to a higher rate of growth. It would not be an isolated number, the vast majority of economic reports for the last several weeks point to an upward shift in growth," said Anthony Karydakis, chief economic strategist at Miller Tabak in New York.

Household employment grew robustly in the first quarter, and economists expect some moderation in April. The labor force, which also grew during the same period, could decline a bit. Economists expect some of the 1.35 million people who lost their longer-term unemployment benefits at the end of last December to drop out of the labor force at some point. "There's still a risk that the participation rate could be pushed down by some portion of the people who lost benefits at the beginning of the year dropping out of the labor force," said Ted Wieseman, an economist at Morgan Stanley in New York.

Having the world's third largest economy, Japan's seasonally adjusted unemployment rate was flat at 3.6 percent in March, the government said Friday. The number of jobless declined in March for the 46th consecutive month, falling by 340,000 from a year earlier to 2.46 million people, the Ministry of Internal Affairs and Communications said.

The seasonally adjusted number of jobless in March slightly increased by 30,000, the ministry said. A survey showed that the number of regular employees dropped by 220,000 from a year earlier to 32.33 million, while that of temporary and part-time workers rose by 770,000 to 19.64 million. Meanwhile, the Ministry of Health, Labor and Welfare said on Friday that the availability of jobs, measured as the ratio of job offers per job seeker, climbed to 1.07 in March from the previous month. This was the highest since July 2007.